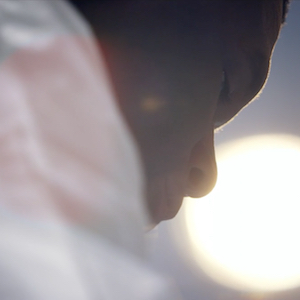 Jay Electronica’s interest in making music has reached an all-time low. It’s so low in fact that he’s resorted to starring in car commercials rather than finally finishing off Act II: Patents of Nobility (The Turn).

In coordination with Toyota and friend/director Jason Goldwatch, Jay Elec acts as himself in the Japanese car company’s #MusicInMotion video. He’s accompanied by a painter who’s throwing large dollops of paint onto speakers that Jay’s mute rhymes make move into creating a large portrait of himself. While we would rather hear his actual rhymes come through our speakers, it’s at least nice to see him putting out something.

Alexander Spit handles the instrumentals for the commercial clocking in at just over three minutes. Jay Electronica recently alluded to the fact that he contemplated deleting Act II rather than drop it. A supposed tracklisting for the project was revealed in 2012, however it’s never been officially released.