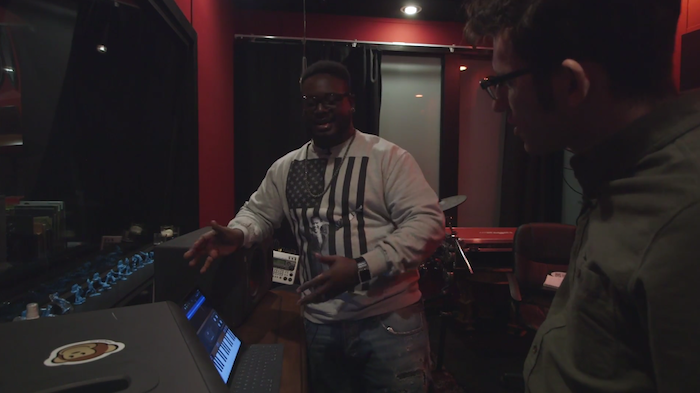 T-Pain is a living, breathing instrument. What better way to describe an artist who has sold tens of millions of records with an Auto-Tune assist in just under a decade? So when it comes to studio wizardry that makes his job much easier, one could easily expect him to well-versed in the occult.

Apple just rolled out its anticipated update to GarageBand, which boasts of an iPad feature interface called Live Loops that acts as a MIDI controller preset with a handful of sound categorizations. While such features might sound like Wookiee to the uninitiated, it’s right up Teddy Penderassdown’s alley. Which is why The Verge brought him to the studio to get a few pointers on the new app version.

The dual threat, whose 2005 debut Rappa Ternt Sanga took the music world by storm and went gold in the process, admits he used the trusted Apple software from jump and has since begun to work with the hottest company coming Straight Outta Cupertino in a mutual pro bono agreement.

“If I tell you that the last song I released was completely done GarageBand,” he tells The Verge’s Jacob Kastrenakes, “you either wouldn’t believe it or you’d go, ‘I need to check out GarageBand.'”

The valuable recording tool also carries a stigma that it’s primary for amateurs (possibly for its undeniable ubiquity) but T-Pain dispels such a notion.

“That’s weird,” he continues. “It’s totally legitimate. Usually when I open up GarageBand, I’m not in a place where I can start belting out lyrics and recording,” he says, mentioning that he often uses the app while traveling. “I’m trying to get a solid production piece out of it. And that usually happens.”