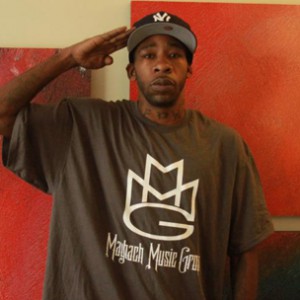 Bang Em Smurf used to be close to 50 Cent, but that was a long time ago and certainly not the case now.

Recently speaking with Report Card Radio, the New York native explained why he believes 50 put a hit out on him years ago.

“It really fucked the Unit when I seen that video,” he said when asked about Fif. “Like these the niggas he running with? That confirmed he put a hit on me. That’s how it’s confirmed. That’s like how you said Preem and Ja [Rule] put a hit on him, well I can confirm now, ’cause the same nigga who tried to take a shot at me was the in that video, so fuck that who camp, nigga. I’ll never be friends with none of that.”

Bang Em Smurf also detailed why he believes people in New York no longer respect 50 Cent and it has to do with the actors in his “I’m the Man” video.

“The real niggas don’t fuck with Fif,” he explained. “If you see his new video ‘I’m the Man’, he’s got a lot of bozos in his video. Some of these niggas is Queens niggas. There’s lame niggas in that video so that’s why no one respect Fif no more. He lost his respect and the niggas he got around him, the streets don’t respect ’cause they know about ’em.”