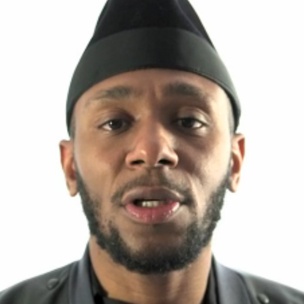 Brooklyn, New York rapper Yasiin Bey released a surprise freestyle through Kanye West, yesterday (January 19). Titled “No More Parties In S.A. (Freestyle),” the song was released by Kanye through Twitter as “A message from Yasiin Bey.”

“S.A.” refers to the country of South Africa, where Bey lived for several years before running into some legal issues recently.

Earlier in the month, the wordsmith was apprehended at Cape Town International Airport after attempting to use an “unrecognized world passport.”

After it was revealed that Bey and members of his family did not have proper documents to stay in South Africa, they were asked to leave within two weeks.

On “No More Parties In S.A. (Freestyle),” Bey directly addresses his legal issues in South Africa.

“I committed no crime anyplace / Why these police up in my face/ Why they raiding my place/ Why I don’t feel safe/ This is not an expression of fear / This is just to make things clear,” Yasiin Bey raps.

At the end of his freestyle, Bey explained that there are “political motivations” behind the way he’s being treated. He also explained that his world passport is “not fictitious” and “not meant to deceive.”

He then announced that he’ll be retiring from the music and entertainment industry “effective immediately.”

Yasiin Bey’s “No More Parties In S.A. (Freestyle)” and his commentary on his current predicament, can be found below and at KanyeWest.com.

A message from Yasiin Bey https://t.co/Mf6apCqn2D