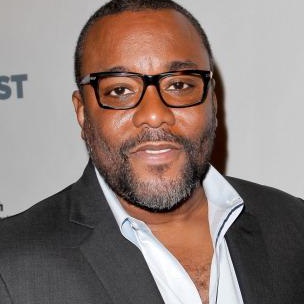 Another person is claiming that Lee Daniels stole his idea for “Empire” from them.

Philly.com reports that actor Clayton Prince Tanksley is suing “Empire” creator Lee Daniels for allegedly stealing the idea for “Empire” from him after the two attended the Greater Philadelphia Film Office’s “Philly Pitch” event in 2008.

According to Tanksley, he created a show called “Cream,” which focuses on “an African-American male who has overcome a disadvantaged/criminal past to achieve financial success in (sic) music industry only to be exploited by those closest to him.”

During the “Philly Pitch” event, Tanksley reportedly pitched a movie titled Kung Fu Sissy to Daniels and a group of other judges. The actor says he then privately pitched the idea for “Cream” to Daniels, and also gave the television producer scripts for the TV show and DVDs with three episodes of “Cream.”

Due to what Tanksley referred to as substantial similarities between “Cream” and “Empire,” he’s now unable to pitch his show.

The lawsuit filed by Tanksley also cites other similarities between the two shows.

“It is particularly significant that both ‘Cream’ and ‘Empire’ are set, counterintuitively, in Philadelphia, which is certainly not known as a hot spot in the recording industry,” the lawsuit reads, according to Philly.com. “Each of the male protagonists are from Philadelphia and have risen beyond their criminal pasts to establish record label businesses in that city.”

In addition to this most recent lawsuit, Daniels has also been called out by Marvin Gaye III and Jon Astor-White for allegedly stealing the idea for “Empire” from them. Gaye threatened to sue Daniels, while Astor-White filed a lawsuit for $500 million against the executive producers of “Empire,” Imagine Entertainment, and 21st Century Fox.