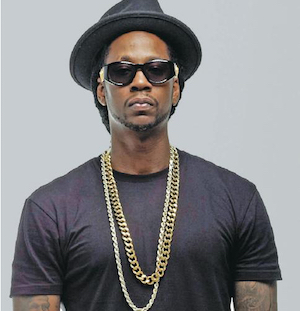 2 Chainz Will Not Respond To C-Murder Diss

C-Murder laid down a pretty vicious diss track of 2 Chainz earlier this week and it seemed to come out of no where.

So where’s the response from the Playaz Circle founder? According to a recent catch-up with TMZ, the Atlanta rapper says he’s not going to respond to Master P’s brother and that he has nothing but love for him.

“I’ll always be a fan of No Limit,” he said when asked about “2 Stainz”. “I didn’t even listen to it. At the end of the day I’ve got nothing but love [for him]. I respect southern artists on they grind. They know how to get them bands up, they know how to feed they family. I’m down with all that stuff… [I’m] disappointed that he’s upset but I’ve got nothing but love for the man… Hope he can come home and take care of his family. I ain’t got no time to kick somebody while they already down.”

2 Chainz was also asked where he thinks the C-Murder diss came from and seems as baffled as the general public about the blindside.

During the song C-Murder accuses 2 Chainz of not stealing his TRU movement and calls him a “pussy ass nigga.” It sounds like Tity Boi’s response is one of no worry and actual prayer for the southern legend.

Watch the full TMZ segment with 2 Chainz and hear the C-Murder diss track “2 Stainz” below: