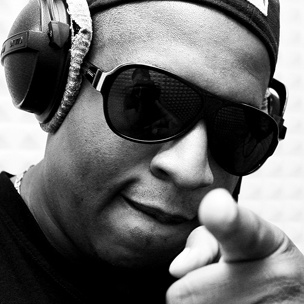 During a recent radio interview, the Outlawz’ E.D.I. Mean discussed the Tupac biopic, All Eyez On Me, and his newly-released album.

According to Brooklyn-born rapper E.D.I Mean, the demand for a biopic on the late Tupac Shakur has been present for quite some time. The musician, who revealed that his ties to Tupac go back to before the two were born, stated that those involved in the film aim “to bring the best possible product” to fans of Pac.

“We all just putting it together, man,” E.D.I. Mean said, during an interview with Hot 107.9’s B High. “And working hard and trying to bring the best possible product to the people out there that really wanna see this movie since he was gone. They been talking about a movie since September 14, 1996, right away…We just hope the people give it a chance. Because most people really just wish Pac could be here and play his own role. But unfortunately, the reality is—Like I said, we moving forward and Pac ain’t here to move forward, but we gon’ carry the legacy forward. And we gon’ treat it with integrity and respect in whatever we do.”

Prior to speaking on the All Eyez On Me biopic, which will be directed by Benny Boom, E.D.I. Mean spoke on his new album, The Hope Dealer, and the album’s single, “The Movement.”

“It’s my brand new album I just dropped end of last year,” he said. “Actually, December 4th was the day I dropped it. And it’s a labor of love. It’s something I been working on here and there for the past couple of years. I got features on there from everybody from Freddie Gibbs, Kurupt, Krayzie Bone…It’s a movement going on out here, man. In all kinds of different ways. And I felt like that song just captures the emotion. Cause it’s a lot going on in this world. Whether it be with the so-called terrorists or police brutality that’s nonstop or gays and lesbians, they got their own movement going on. It’s a lot of different little movements out here. And this song is just about moving forward.”

Video of E.D.I. Mean speaking on the All Eyez On Me biopic and The Hope Dealer, can be found below.