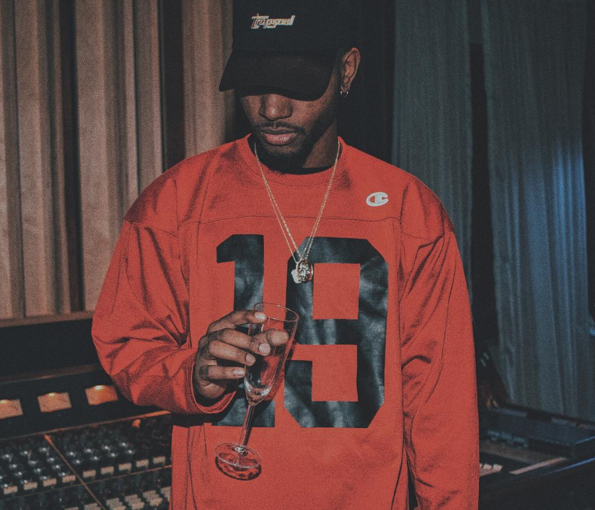 Bryson Tiller has not-so-quietly exploded into becoming a leading face of the current R&B movement. His RCA Records-sanctioned; Apple Music-premiered October 2015 release, T R A P S O U L has peaked on the Billboard 200 at No. 10 mainly off the strength of buzz and inherited talent and has become the soundtrack for young adults across the nation who align with the “Netflix and chill” movement.

The 23-year-old crooner by way of Kentucky has also benefited from a crisp and serene visual rollout that perfectly conveys the sentiments that T R A P S O U L was born to emote. The video for the album’s most recent single, “Sorry Not Sorry” boasts of more than six million plays on Tiller’s Vevo account. The breakout single in “Don’t” packs a whooping 38.2 million.

To keep alluring videos going strong, Tiller has since acquired the services of someone who knows a thing or two about being acting. Adonis Creed himself: Michael B. Jordan.

While speaking to Carl Chery, Apple Music’s Hip-Hop/R&B Editor for the premium streaming service’s burgeoning Tumblr page, Tiller explained how the acclaimed actor got in on the directing duties for the upcoming video for “Exchange.”

“He’s like the homie,” Tiller says of his relationship with the Creed superstar. I’m actually talking to him. He reached out to me a while ago and just showing love for the music after T R A P S O U L dropped. He just said he wanted to work on some stuff with me so we’re actually gonna work together to do the video for ‘Exchange.’ He’s gonna direct it. I don’t know when we’re shooting that, though. Hopefully, in the next few months.”

The astute writer who also goes by “Pen Griffey” also elaborated on his building friendship with The Weeknd, who he met through his manager, Neil Dominique and a game of Call of Duty: Black Ops III. Tiller is hopeful that they will record together in the near future.

Elsewhere in the interview, Tiller recalled the moment when he learned Chris Brown nabbed his song “Proof” for his recently released album, Royalty, simply calling the occurrence “crazy!”

The audio for Tiller’s “Exchange” can be streamed below.