Freddie Gibbs Describes His Daughter's Impact On His Life 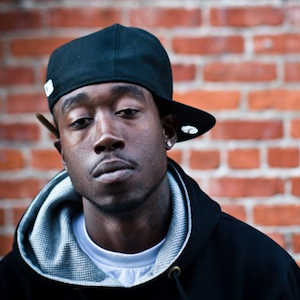 Freddie Gibbs recently released his Shadow of a Doubt album to generally positive reviews but even before that something else changed his life much more.

The Gary, Indiana native had his first child, Irie Jane a little over a year ago and during a recent interview with NPR’s Microphone Check, Gibbs talked about cooling off his thug appeal in order to focus on his daughter.

“You know, your responsibility level definitely has to raise when you have a child,” he said during the interview. “Cause I mean, just that alone has — me knowing — waking up every morning knowing that I’m somebody’s father, I have to move different. I have to do things differently. I got to run my business more efficiently. It just makes me want to be more sharp as a businessman, as an artist, and everything. Because I gotta set an example for somebody now. I’m not just living for myself.”

Freddie Gibbs also talked about the legalization of drugs, particularly marijuana and interestingly says not all drugs should be legal.

“Yeah, weed is different. I think that heroin and all that type of stuff should be illegal, man, cause it’s highly addictive,” he said. “Prescription drugs are really a bad thing going on right now. I know I’ve made music about them. I used to be addicted to prescription drugs myself. Oxycontin, Xanax, Vicodin. You know what I mean?”