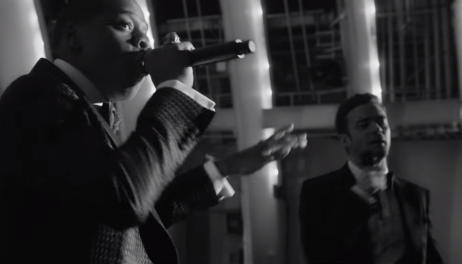 In January of 2013, Justin Timberlake recruited Jay Z for his multi-platinum single, “Suit & Tie,” which would eventually be the anthem for a stealth marketing campaign and the catalyst for his third studio album, The 20/20 Experience to go on to sell nearly four million copies worldwide.

Three years later, a couple of members from the 1970s soul group whose song was sampled to create the mega hit are claiming they never got to eat from the recycled fruits of their labor.

Two members of the Cleveland band Sly, Slick and Wicked have filed a lawsuit against Timberlake’s record label, Universal Music Group, in attempts to obtain royalties for the vocal performances of their 1973 record “Sho Nuff,” which “Suit & Tie” sampled.

According to TMZ, the plaintiffs allege they never were paid when Universal Music Group licensed the song for a widely popular Bud Light commercial.

The duo are reportedly seeking punitive damages from Universal Music Group, Anheuser-Busch, and other publishers and producers of the track.

Following its release, The 20/20 Experience would go on to have the biggest sales week of 2013 and snagged the record for the fastest-selling album in iTunes history. “Suit & Tie” also won a 2013 Grammy Award for Best Music Video.

A side-by-side comparison of the songs can been heard below.