Alonzo Bereal Calls E-40 Feature On "Bout Us" A Blessing Alonzo Bereal has become one of the West Coast’s best up-and-coming R&B singers and is releasing the music to prove it.

Recently sitting down with HipHopDX Features Editor Andre Grant, the Los Angeles native detailed how his most recent single release, “Bout Us,” featuring E-40, came together.

“It’s a real honor to have the legend E-40 to be a part of this record, it’s called ‘Bout Us,'” he said via a segment of today’s (November 30) DX Daily. “We ran into each other on tour earlier this year and the godfather told me he would do it and it’s very rare that you find people that keep their word to you. It was just a blessing he got that back to me. I sent the session he sent his vocals back, gave me the clearance.”

Alonzo Bereal also reflected on the life of his favorite NBA player, L.A. Lakers Guard Kobe Bryant, who announced his retirement yesterday via a letter in the Players Tribune.

“Kobe Bryant is such an inspiration to my life. I’m from L.A. of course,” he said. “He was the thing after [Michael] Jordan like, ‘What we going to do?’ and Kobe picked it up. It’s amazing to see how he deals with this though because most people would run. Most people would’ve retired last night and for him to keep coming back the way he has, but to not witness him win this time, but he still winning. [He’s] still got that smile and taking adversity on and embracing it and allowing it to mold his character and so it’s an amazing thing to see.” 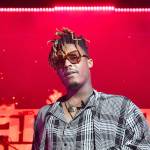