L.A. Reid Likely Unable To Bail Bobby Shmurda Out, According To Dame Dash 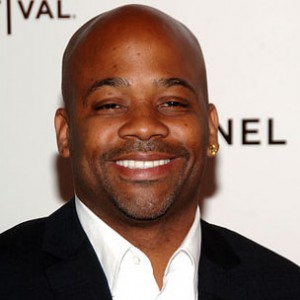 Dr. Boyce Watkins, who is among those who have criticized Reid, recently spoke with Dame Dash to get his take on the music exec not posting Shmurda’s bail.

Dame started off his commentary by stating that “it’s unfortunate” that no one sat Bobby Shmurda down to give him a better understanding of the way the music industry works, specifically the financial aspect of it.

“I think it’s unfortunate when someone is as young as he is and people make money off of him, that no one explains to him exactly what the business is,” Dame Dash said. “And not understanding that when people are making money off you, once they can’t make money off you anymore, they’re not your friends no more. They’re not looking out for you no more. You understand what I’m saying? I know there was an expectation that L.A. Reid should have bailed him out or at least Epic should have bailed him out. And what I was explaining earlier was, number one, when someone in the music business—An artist is always in debt. They’re always giving you an advance against what you’re gonna sell. So, what I can see—And again, I don’t know exactly what it is. But if you were to ask me and I could give you an educated guess…When you give someone an advance. And then you have to put money into selling the record.”

The former Roc-A-Fella Records co-owner later explained that it likely isn’t L.A. Reid who decides whether or not Epic Records will front the money for Shmurda’s bail. According to Dame, he has to make the request to the higher ups at Sony, who would then have to put in the request with the owners of Sony.

“You gotta understand something, L.A. Reid works for Epic,” he said. “And Epic is run—Well, number one, Epic is owned by Sony. Sony is a Japanese company that uses British people to run American people. So, L.A. Reid will probably have to go and ask…whoever it is that runs Sony…who then has to ask someone who’s Japanese…And I don’t think someone Japanese gives a fuck about somebody black through a British, a L.A. Reid, down to the hood, to give more money. And they may have not recouped their money yet.”

Earlier this month, L.A. Reid spoke directly with Rap Radar to share his side of the story.

“People don’t know anything about my business, right?” L.A. Reid said during the Rap Radar podcast. “It’s really not their business. That’s the truth about it, right? We’re not elected officials here. And we’re not at liberty to disclose how we do business. It’s fair practice, I can tell you that. But, it’s not the industry that it once was. We seriously don’t make the money we used to make. That’s a fact of life, right?”