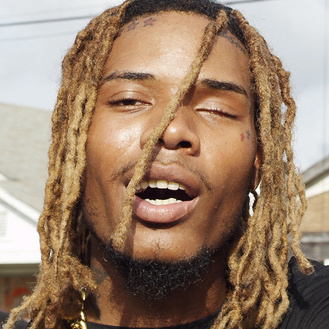 “Fetty Wap was involved in a motorcycle incident earlier today,” the statement says. “He was treated at a local hospital and is in stable condition. His family wants to thank everyone for their outpouring of love and support. They ask that you respect their privacy during this time. We will provide an update on his condition as it becomes available.”

(This article was last updated yesterday [September 26, 2015] and is as follows.)

“wap is Gucci everybody thank you for your prayers,” he writes in a separate post with an image of Fetty Wap sitting in a hospital bed with a leg brace.

TMZ also says that the rapper is ok and that doctors are running tests for possible fractures. The site says he was riding alone when he crashed.

wap is Gucci everybody thank you for your prayers ?? #Amen pic.twitter.com/F8aC60SNn4

(This article was first published earlier today [September 26, 2015] and is as follows.)

The rapper was allegedly struck by a car in his hometown of Paterson, New Jersey. Paramedics arrived on the scene and transported the “Trap Queen” singer to a local hospital.

TMZ says that Fetty Wap tried passing a car and hit a second vehicle that was coming from the opposite direction. After the collision, he appeared conscious and sitting up.