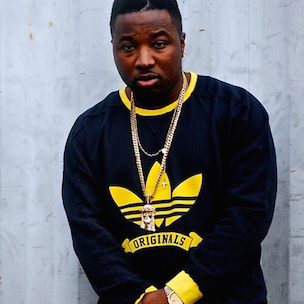 The latest Soundscan numbers were released Wednesday (June 10) and Troy Ave sold 4,373 copies of his album, Major Without a Deal. Only Hip Hop Facts posted on Twitter yesterday (June 11) that the album sold 30 physical copies.

The New York rapper took to Twitter yesterday to explain the sales numbers.

The tradition is for albums to be released Tuesday, so since Major Without a Deal was released on a Friday, Ave is saying his numbers will naturally be lower than usual. Because he is an independent rapper, he is also saying he will retain almost all of the profit as compared to artists who sign deals that give record companies a large cut of the profit. He estimates that he sold 30,000 individual songs. Adding in club appearances to all of those factors, the rapper is expecting to make $120,000 in a week.

It says that the physical copy of the album was not available to the public until Tuesday (June 9), so would not have factored into the listed sales figures.

“Any CD copies of the album that were sold in the week ending June 7 (it was indeed a negligible figure),” the outlet says, “were CDs sold by retailers who ignored the physical CD’s street date, and opted to sell the CD early. These sales are often referred to as ‘street date violation’ sales.”

“Based on its first three days of digital-only sales, Major Without a Deal launches at No. 2 on the Heatseekers Albums chart, No. 13 on Rap Albums, No. 14 on Top R&B/Hip-Hop Albums and No. 14 on Independent Albums.”

Troy Ave's Major Without A Deal sold 4,373 copies the first week and only 30 physical copies. pic.twitter.com/2vgaN1MbR3