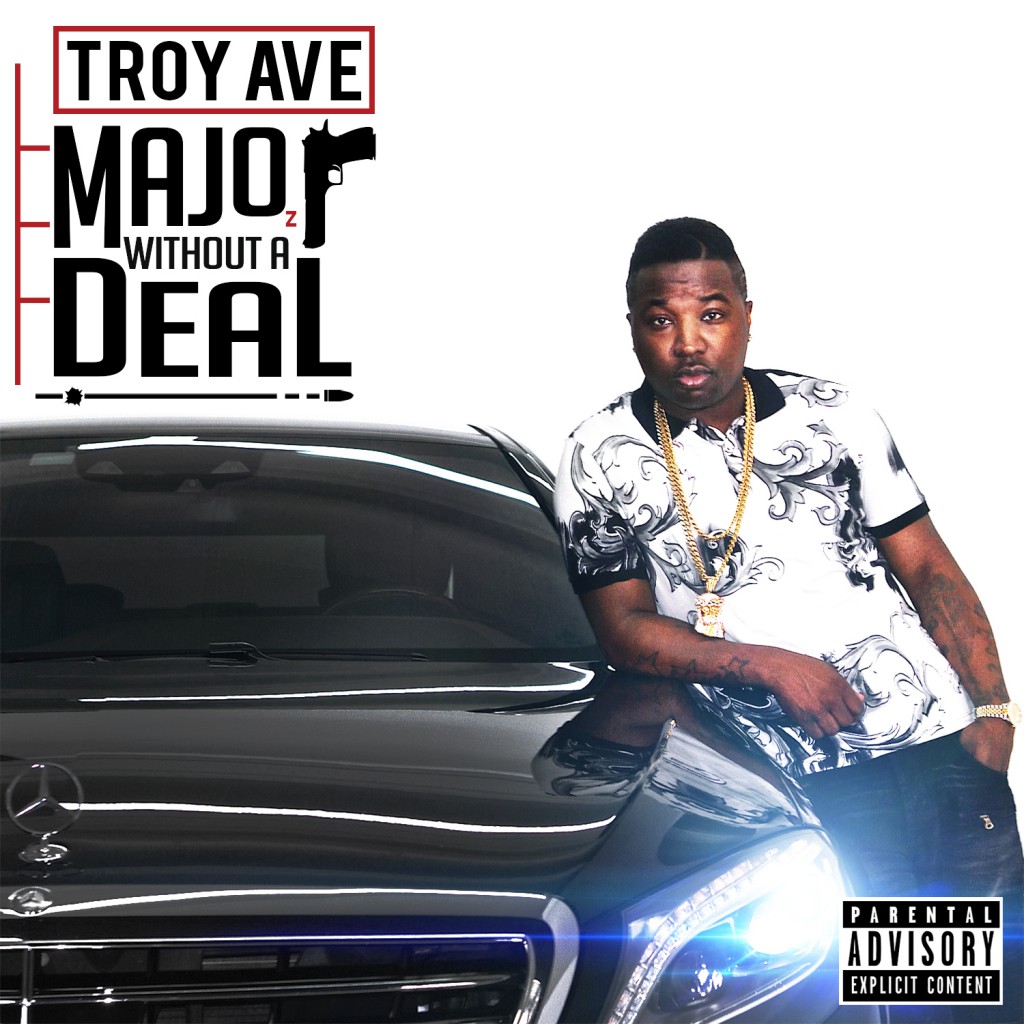 Troy Ave has unveiled the release date for his forthcoming album, Major Without A Deal.

On Tuesday (April 29) evening, the Brooklyn-bred rapper made the announcement on New York radio station Hot 97, unleashing a new track off the album bearing its release date as the title.

Major Without A Deal is slated to be released on June 5. It is the follow-up to Troy Ave’s debut project, New York: The Album.

“Doo Doo” serves as the first official single off the album, while “June 5” is the second offering.

Listen to “June 5th” below:

UPDATE: Troy Ave has unveiled the cover art and tracklist to his latest album, Major Without A Deal.

On the cover, Troy leans on a black Mercedes Benz with a blank stare on his face.

The cover art and tracklist are as follows:

UPDATE #2: The stream of Troy Ave’s Major Without A Deal project is now available via Spotfiy.