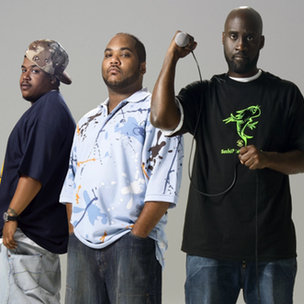 De La Soul sat down with VladTV to talk about the group’s formation, being labeled “hippies” in Hip Hop and coexisting with other rap acts during the genre’s Golden Era.

In the summer of ’85, Posdnuos, Trugoy , Mase met at summer school and began to connect over their passion for Hip Hop. Pos explains that Mase was a well-known DJ in their Long Island, New York neighborhood before he and Trugoy were established as rappers as rappers.

“By the time we came out, a lot of our friends or people who knew us were really shocked because they didn’t even know we rhymed,” Pos says. “We weren’t really known around the neighborhood for being popular for what we were trying to learn to do.”

The trio brought a new sound to Hip Hop at the height of the gangsta rap emergence. Still, coexisting with groups like N.W.A wasn’t difficult at the time, the group says.

“When we first came out, people kinda embraced it,” Trugoy says. “It wasn’t as if [the genre] was oversaturated with boasting rap or gangsta rap, or anything like that. I think we just formed a balance that people just naturally embraced.”