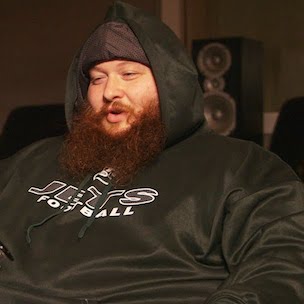 Action Bronson recently spoke with The Boombox to share his thoughts on women who have made a significant impact on Hip Hop music and culture.

During the conversation, Action revealed that he views Foxy Brown as one of the most influential female emcees of all time. Brown has released three full-length projects over the course of her career, including her debut album, Ill Na Na, in 1996 that was later certified platinum.

“When I think of influential females in hip-hop, my mind goes to Foxy Brown, hands down,” Bronson says. “I am going to tell you, Foxy Brown’s first album and when she was on the Firm s— with [Nas and AZ]. Whoever was writing her rhymes was ill and she was saying them ill too. Ill Na Na was fire.”

Bronson later noted that if he were to make a record dedicated to women, it would be directed towards his mother or daughter.

“If I would make a song dedicated to any woman it would have to be my mom, because you know she’s been their since I came out of her,” he says. “She would have to be the one… my mom or my daughter.”

Later in the conversation, Bronson revealed that his nine-year-old daughter follows in his footsteps when it comes to music.

“[She] can recite every line from ‘Easy Rider’ and that is not an easy song to do,” Bronson says. “She raps all of Nicki Minaj and everything, she’s dope. She has my musical ear for sure. She sings and she’s beautiful. It’s very powerful.”

This past Monday (March 23), Action Bronson released his debut studio album Mr. Wonderful. HipHopDX awarded the project a four out of five rating with writer Jay Balfour describing the effort as “a smogasbord of elements all featuring Bronsolino’s signature quirkiness and lyrical prowess.”