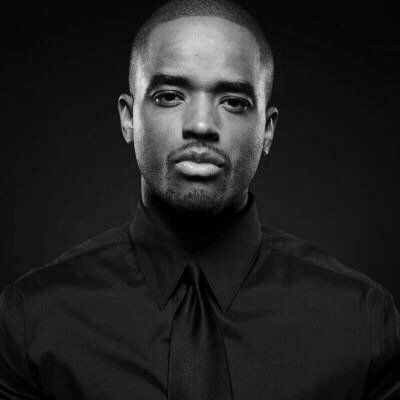 Larenz Tate Reflects On Tupac's Rift With The Hughes Brothers

Though his life was cut short at the age of 25, Tupac’s body of work as an actor was praised by many, including the late movie critic Roger Ebert, who lauded Tupac for his standout performance in the 1993 John Singleton-directed Poetic Justice.

But it was another film that came out that year that drew attention to the young star for very different reasons. ‘Pac was fired from Menace II Society after getting into a physical altercation with the movie’s directors, the Hughes Brothers.

Larenz Tate, who played the now-infamous sociopath “O­-Dog” in the Los Angeles-based hood classic, formed a personal connection with ‘Pac during their brief time together in rehearsals.

“Tupac who I love… was originally cast as ‘Sharif’ in the movie Menace II Society,” Tate says during an exclusive interview with HipHopDX. The role eventually went to Vonte Sweet. “I was such a huge Tupac fan from from seeing him in the movie Juice,” Tate continues. “When I saw him play Bishop in Juice, I was like, ‘Oh snap,’ and I loved his music. We were fortunate to have a couple rehearsals with Tupac before eventually the part was recast.”

Tate, who is currently appearing in season four of the Showtime hit series House Of Lies, says Tupac and the Hughes Brothers had a good relationship until creative differences drove them to contention.

“[Tupac] and the directors of the movie, The Hughes Brothers, Allen and Albert, they were very close,” Tate says. “They directed a lot of his music videos. They were all very close friends that had a lot of creative differences and being young and hotheads at the time, they had a major falling out and [eventually] an altercation that resulted in Tupac not being in the movie.”

Tate also described how he and ‘Pac later reconnected and even discussed working together before the Death Row Records rapper was shot and killed in 1996 in Las Vegas in a still-unsolved murder.

“I did get a chance to spend some time with [Tupac] and was definitely looking forward to working with the brotha and, years later, he and I would run into each other now and again and talk about how we’d like to work together,” the Love Jones actor says. “It would have been great to see him truly reach his full potential as an artist and an actor, and even for some of my own selfish reasons I would have loved to work with him beyond Menace because I thought he really was an incredible actor, and there’s very few that can make that transition.”

Though the two did not collaborate again on a professional level, Tate recalled his final conversation with Tupac.

“The last conversation with Tupac was at a nightclub,” Tate says. “We talked again about the issues that he had with the Hughes Brothers and he pretty much just wanted to make sure that he and I were cool because I still was very close with those guys as I am today, so he just wanted to know [that we were good] because being in the rap game you got to take sides, and I was like, ‘Look man, that was y’all’s thing. We don’t have to talk about that. That was y’all’s issue. It’s nothing but love.’ We dapped each other up, gave each other a hug and a pound and just talked about how it would be great to work on some stuff and said we’ll get back to each other when the time is right.”