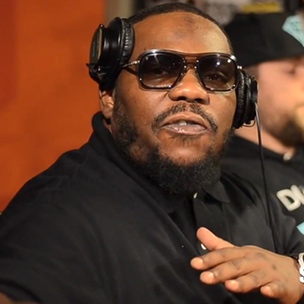 After being shot in the abdomen near his home in New Jersey on Friday (December 5), Beanie Sigel was reportedly awake the same afternoon after leaving surgery. The latest news, which was delivered to The Associated Press by Pleasantville police Chief Jose Ruiz, comes after initial reports that the rapper’s wounds were life-threatening.

According to Billboard, Sigel and another man were both injured outside the State Property emcee’s home on the morning of December 5. Sigel was brought to the hospital for his injuries while the other man declined treatment and refused to cooperate.

Chief Jose Ruiz hinted that there might be “some type of family relationship” between Sigel and the other man.

“Apparently, there was a struggle of some type, which led to Mr. Grant being shot and that is all we have at this point,” he added.

The altercation apparently took place shortly after Sigel took his children to school according to the rapper’s lawyer Fortunato Perri Jr.

As previously reported by HipHopDX, Sigel was released from prison in August after a two-year bid in prison and spent time in a Philadelphia halfway house following the release.

Read the original story here for more information on the shooting and photos from the scene of the incident.

UPDATE: Beanie Sigel has been released from the hospital, according to an Instagram post from neef_buck cited by Karen Civil.

UPDATE #2: While recovering from being shot, Beanie Sigel had a lung removed, according to TMZ.

The lung, which weighed about 1.3 pounds, was riddled with bullet fragments and needed to be removed.

Beanie Sigel will reportedly be spending 90 days in the Bacharach Institute for Rehabilitation in Pomona, New Jersey as he recuperates.