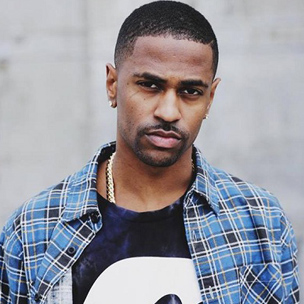 Speaking with High Snobiety in an interview that accompanies a fashion shoot for the website, Big Sean revealed new details about Kanye West’s upcoming Yeezi 3 sneaker and spoke about his new album.

When asked about a leaked image of the shoe, Big Sean admitted to not having seen the photo, but said outright, “it’s definitely better than the last one.”

“I actually haven’t seen the image but I have seen the new shoe,” he said. “I can’t say much about it other than it’s definitely better than the last one and more improved, just like everything else Kanye does.”

During the interview, Sean addressed his own collaboration with and status as a global ambassador for adidas.

“I’ve done a couple collabs with adidas, so it was a lot of fun,” Big Sean said. “I always wear the Metro Attitudes and I was always telling them how much I loved them, so they came up with the idea for me to do my own. They came up with some of the creative aspects of the shoe and of course we then had our own input too, it was a truly collaborative effort. This was the first time I had done apparel with them and all the things with the shoe and they sold out pretty fast so there will definitely be more work with adidas.”

Speaking on his latest single “I Don’t Fuck With You,” a song that features E-40 and became the #1 Hip Hop/R&B song in the country on the Billboard charts last week, Sean detailed his fanship for the West Coast veteran.

“He’s a legend, he was one of my favorite rappers growing up,” Sean said. “My older brother used to play his music for me all the time back when I was a shorty… I was like seven years old, eight years old listening to E-40, Tupac, Snoop [Dogg] and [Notorious] B.I.G.… It was great man, you could only imagine how it took my appreciation for him even further – he sounded better than he’s ever sounded.”

Addressing the release of his third album, Sean described it as “darker than anything I’ve ever done.”

“We don’t want to set a date just yet, we’re just making sure everything’s right,” he said of the album. “It’s pretty much ready; you guys will get it as soon as it’s ready and we’ll be making that announcement soon…It’s way darker than anything I’ve ever done, way harder than any album I’ve ever done. I’m pretty sure you’re going to like this album. The sound of it is definitely better than the mixtapes but it’s more of that type of intensity, high-level raps, and just not giving a fuck and going in.”