Ryan Phillippe told the Los Angeles Times Monday (October 20) that a film he did with 50 Cent was one of the worst experiences he’s had in the movie industry.

“I did this terrible movie with 50 Cent,” Phillippe says. “It was just a situation I didn’t want to be in. I was sold a bill of goods and it turned out to be something different, which is often the case in this business.”

In 2010, Cheetah Vision signed a deal reportedly worth $200 million for 10 movies that included Setup.

The Times article says that this experience inspired Phillippe for his latest project, Catch Hell, a film that he directed, starred in and co-wrote. He plays an actor who tries to revive his career with a sketchy independent film.

The Setup movie poster is as follows: 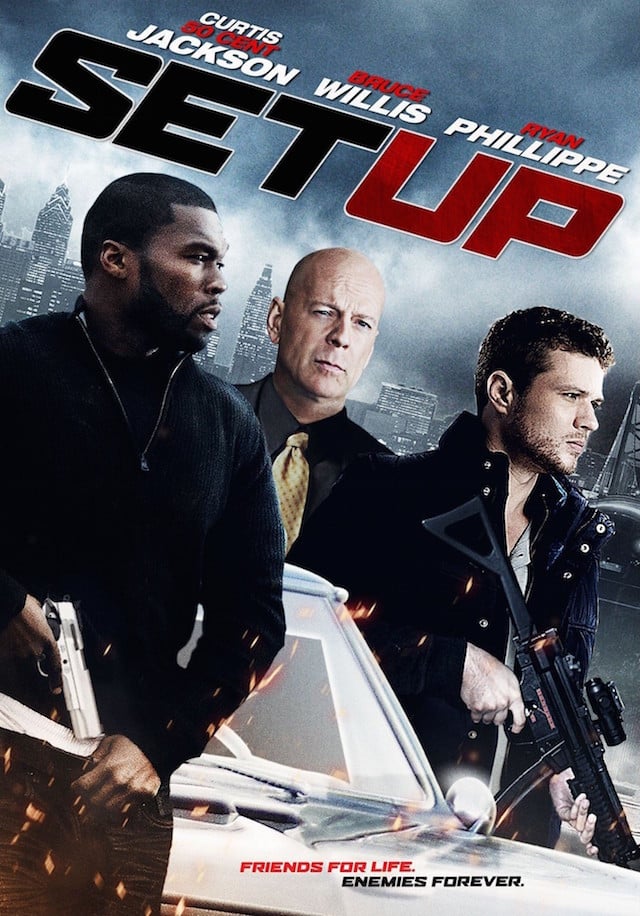 RELATED: Power Of The Dollar: 50 Cent’s Acting Career By The Numbers [Editorials]