C-Money was called to back up his friend at a fight in Sobrante Park in Oakland, California. While there, the aspiring rapper ended up connecting with local Rap icon Too $hort, who was there breaking up the fight.

“I really didn’t have a convo with him at that time,” C-Money says during an exclusive interview with HipHopDX. “I was just like, ‘You Too $hort, huh?’ and he was like, ‘Yeah, lil’ homie.’ I then got reintroduced to him by my brother Rickystyles, and he kinda just felt my energy and told me if there’s any way he could help me or my career to get at him, and so I did.”

The two ended up collaborating on “Keep Up,” a song from C-Money’s Just 4 You EP, which is slated for a November 18 release.

Beyond The Music, C-Money says that Too $hort gave him life lessons.

“He just let me know that life is bigger than Oakland,” he says, “and don’t give up on what you believe in.”

C-Money connected with Bay Area rapper Iamsu! via Twitter. The pair developed a relationship and recorded “Play That,” the lead single for Just 4 You.

“He’s just a humble guy,” C-Money says. “He all about the work, and so we set up a session to do music. He ran through a few tracks he produced, then he kinda sped past the last track he played. I was like, ‘Hold up. Run that back.’ I fell in love with the beat instantaneously and told him I need it. We laid the hook down, and I took it with me and constructed the verses.

“We dropped it and the song started moving faster than I could keep up with at the time, to the point where people knew the song, would be singing it next to me, and not have a clue that it was my song,” C-Money continues. “So we decided to shoot the video once the radio got a hold of it. Ever since them, me and Su been rocking.”

The “Just 4 You” cover art and tracklist are as follows, as is the “Play That” video: 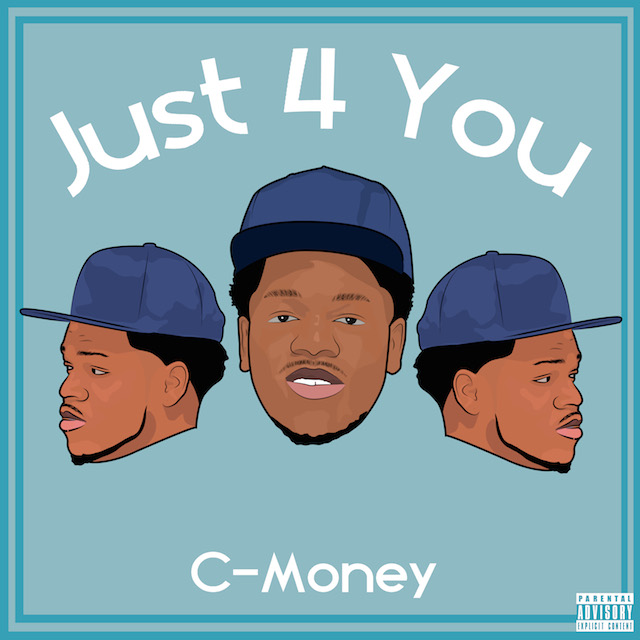