Da Mafia 6ix’s next release will be the Hear Sum Evil mixtape, DJ Paul says during an exclusive interview with HipHopDX. The group’s first album, Watch What U Wish, is now slated for a 2015 release.

“We pushed the album back so we could promote it more,” DJ Paul says during an exclusive interview with HipHopDX. “The debut mixtape 6ix Commandments that dropped last November set off a fire and gave us four tours this year. Plus I’m doing my own solo tours on the side, so it’s left us no time to shoot videos for the album.”

Given the delay in releasing Watch What U Wish, DJ Paul says he wanted to unleash new material regardless. Thus the planned October 28 release of the group’s forthcoming Hear Sum Evil mixtape.

“The purpose of Hear Sum Evil is to keep my word to my fans,” he says. I “told them I was dropping something for Halloween, so I gotta do it regardless – even if it’s not the album.”

The Hear Sum Evil cover art is as follows: 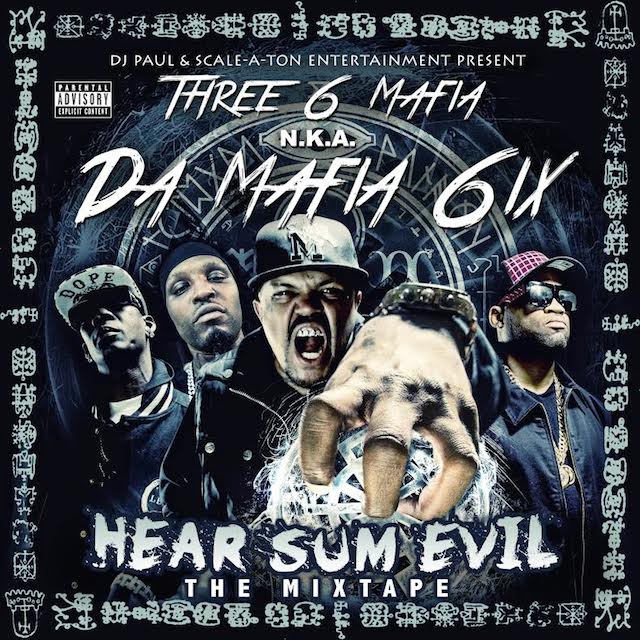 UPDATE: Da Mafia 6ix’s Hear Sum Evil mixtape has been updated with a new upload after its initial October 30 release.

Hear Sum Evil is available for download at DatPiff.com.

The Hear Sum Evil tracklist and mixtape stream are as follows: