Da Mafia 6ix is preparing a full-length album for a March 2014 release, according to a press release.

During an exclusive interview with HipHopDX in June, DJ Paul said that Da Mafia 6ix was not a Three 6 Mafia reunion because Juicy J is not part of Da Mafia 6ix.

“I like to look at it or call it just a new project [or] group, it’s a new group, a totally new group—for the most part—and it’s a new project,” DJ Paul said to HipHopDX. “J’s not in it, so it can’t be Three 6 Mafia because one of the key members not in it. So I just look at it as a new project that I’m taking on [or] a new group that just happen to be with people that I’ve known for most of my life and that I trust, so that’s why it don’t have the Three 6 Mafia name. In actuality, it’s kind of a Three 6 Mafia reunion, but I don’t want to call it [that]. I’d call it a reunion of members of the Mafia, the members who I brought in the group. These are all the people that I brought into the group, these are people that I went to school with or blood-related to. So, it’s a reunion of the members that I brought into our clique.”

Juicy J, who is promoting his Stay Trippy album, has said in recent interviews that he’s open to doing another Three 6 Mafia project.

In June, DJ Paul said to HipHopDX that he and Juicy J are indeed on good terms.

6ix Commandments can be downloaded at DatPiff.com. 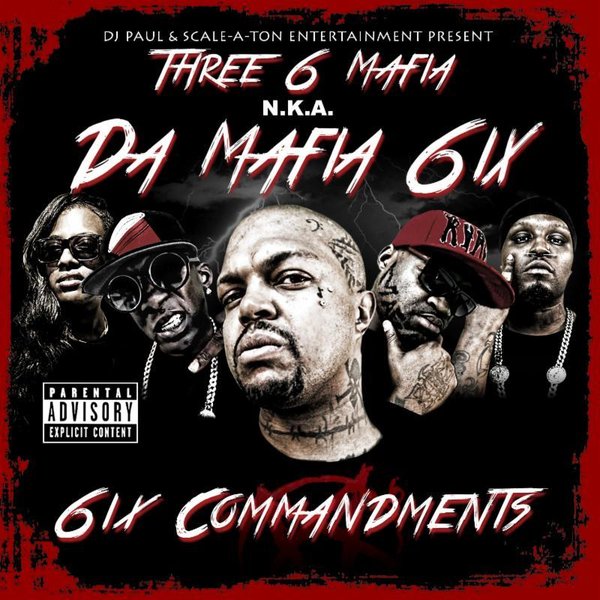