Three 6 Mafia/Hypnotized Minds emcee/producer Juicy J has been hard at work on his first album with Taylor Gang Records for over a year. The Memphis, Tennessee musical icon and Academy Award-winner’s third solo album, Stay Trippy finally has a release date.

Juicy was interviewed by Fly Times Daily, and said that his follow-up to 2009’s Hustle Til I Die will release on July 2. The album is believed to be distributed by Columbia Records, where Three 6 Mafia has been signed since releasing Da Unbreakables, a decade ago.

In addition to Taylor Gang general Wiz Khalifa, HotNewHipHop.com reports that confirmed guests include Young Jeezy, Project Pat, Chris Brown, The Weeknd, and Big Sean. At present, there is no world on if Juicy’s remaining Three 6 band-mate is involved as a producer or guest on Stay Trippy.

UPDATE #2: NahRight.com has posted what is believed to be the tracklisting to Juicy J’s Taylor Gang Records debut, Stay Trippy: 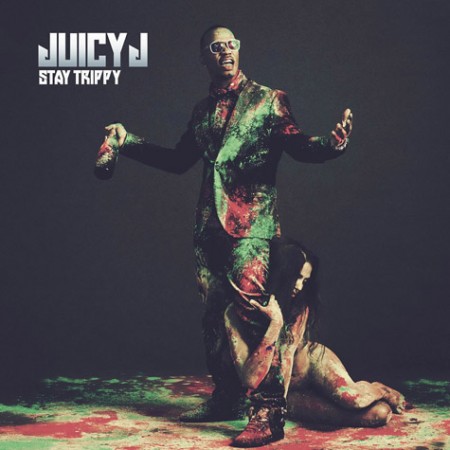 The Stay Trippy Deluxe Edition release will also include

– One Thousand f. Wiz Khalifa
– Having Sex f. Trina & 2 Chainz
– One Of Those Nights f. The Weeknd

UPDATE #3: Juicy J has premiered his Taylor Gang Records debut, Stay Trippy, at his own TheJuicyJ.com. To access the stream, one must play a game that involves throwing money at strippers to unlock the 16 songs.