Problem is set to release 354: The Lift Off, the rapper’s upcoming mixtape, August 28.

The tape is slated to be released in conjunction with the Los Angeles Leakers.

Problem is also set to explore EDM sounds on this project, according to a press release.

The emcee recently released “Fancy (Remix)” from this project. The track is Problem’s take on “Fancy” by Iggy Azalea. “Stay with that White girl, like when I used to kick it with Iggy,” Problem raps on the track.

The rapper also recently announced his upcoming tour for this effort, 354: The Lift Off Tour.

“I’m looking forward to getting back on the road,” Problem said when he announced the tour. “I’m going to give it all I got in these markets. Hope you can come out and party with us.”

UPDATE: Problem has released the cover art and tracklist for his 354: Lift Off Mixtape, which is slated to be released today (August 28).

“I’ve been having a lot of fun recording music lately,” the Compton, California rapper says in a press release. “Diamond Lane has been grinding in the studio getting this music ready for y’all. I’ve been in the studio with all types of artists and producers making different types of shit. Can’t wait for y’all to hear some new music from me. Shout out to the LA Leakers for putting this together. We had a blast.”

Problem’s 354: Lift Off Mixtape is available for download at DatPiff.com.

The 354: Lift Off Mixtape cover art, tracklist and stream are as follows: 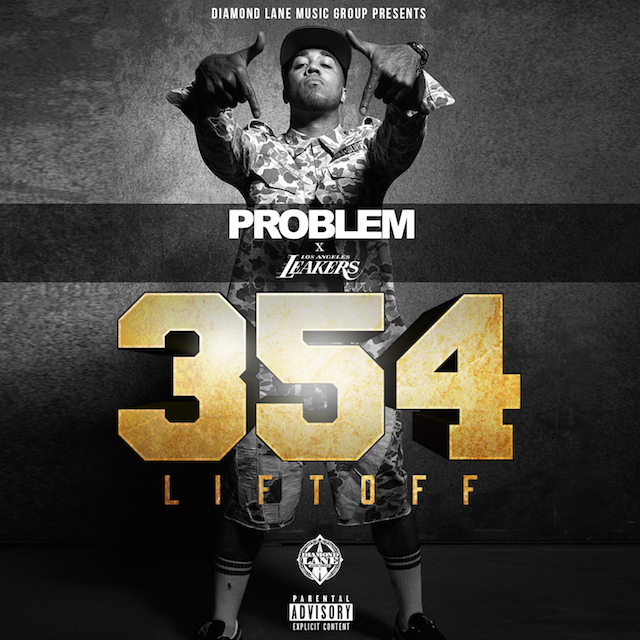 03. EVERYDAY IS MY DAY (PRODUCED BY ZAYTOVEN/MARS)

08. SIPPIN ON FEAT 12TIL (PRODUCED BY ZAYTOVEN/MARS)

13. HATE FEAT 12TIL (PRODUCED BY KRYSIS OF THE SOUL COUNCIL)