“The Alchemist is a big deal in the industry amongst those who know music, or should I say good music,” Boldy James says in an exclusive interview with HipHopDX. “But you know, when you need that real street edge, you know Al is the man for the job, so having an entirely produced Alchemist project, the music just circulated.”

When My 1st Chemistry Set was released, the effort earned a 3.5 out of 5 in its HipHopDX review. “Boldy and Alchemist share an obvious compatibility,” DX said at the time. “Especially with ALCs production on deck, it’s easy to pinpoint the rappers occupying a mold of tight-lipped street telling carved out by Prodigy and Havoc before him. James’ steady baritone and simple cadence are naturally sinister on their own, but the effect gets brought full circle on the right beat. While it may beThe Infamous and even later H.N.I.C.-era Mobb Deep that fans will most easily find in Boldy, linking up with Alchemist in 2013 puts the album squarely up against Albert Einstein. Neither are exercises in innovation, but its hard to help noticing that My 1st Chemistry Set stands properly on its own next to Alchemist and Ps own full-length.”

Of course, this wasn’t the only reason for the Mass Appeal signing.

“I had already had a relationship with Decon, and Mass Appeal and the Decon staff merged, to make Mass Appeal the main focus,” he says. “And they wanted me to be one of the artists to jump the label up, and I thought it was an honor.”

For now, Boldy James has released “Crunchin,” a cut produced by Trinity. The “Crunchin” cover art is below. 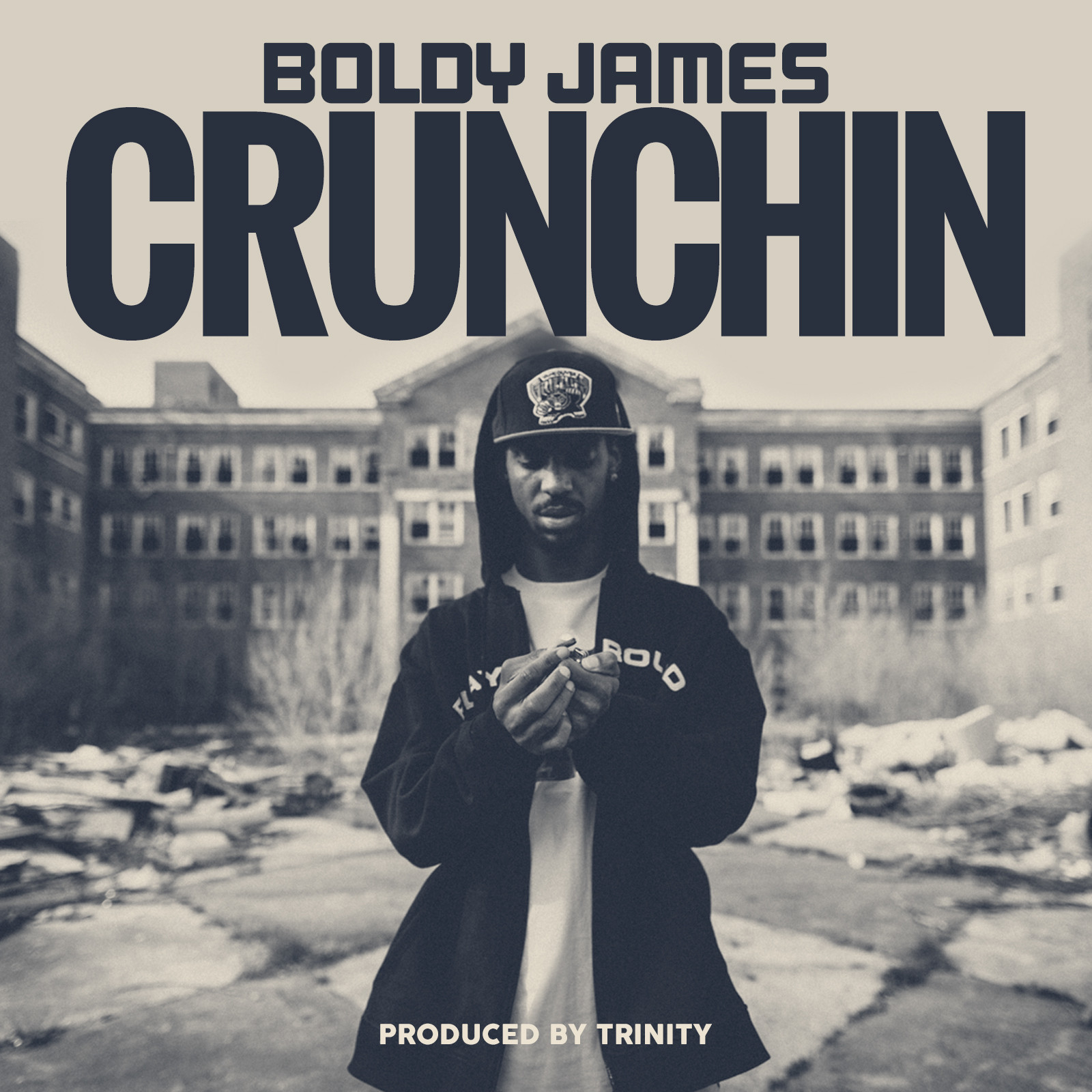