Amar Stewart began painting Hip Hop inspired work two years ago, creating portraiture using oils. Approximately 18 months later, Stewart says he and his wife visited The Met in London where he was drawn to Dutch masters of the 17th century. His wife nudged him. “You should do this,” she advised.

“It all happened from there,” Stewart recalls, in an interview with HipHopDX. “I have her thank for this.”

Stewart’s work in a series called “Hip Hop Royalty” blends Rap with 17th century art and he’s got plenty of emcees to pull inspiration from. He says he’s been inspired by several acts, including Black Moon, The Notorious B.I.G. and J Dilla. Of course, he also pulls inspiration from artists like Frans Hals, Rembrandt and Goya, among others. All of this helps Stewart have a vision for his work with “Hip Hop Royalty.”

“My vision is to touch on what I think is modern day royalty,” he says, “placing the greats, emcees and producers, in The Golden Age.”

That vision is far from complete.

“If I haven’t painted your favorite icon, don’t worry,” he says. “This is just the start.”

Stewart, who has a solo show coming up in San Francisco, California at Public Barber Gallery August 7, says he plans on doing greater work moving forward.

“After that I’m going to continue this concept, but work on larger scale pieces,” he says. “I’ve been focusing more on one subject, but it’s time to build on this and create more in-depth work with a story. I’m excited to see where it goes. I have also started releasing some merch on my online store. I want to expand on this too.”

Some of Stewart’s work is below. 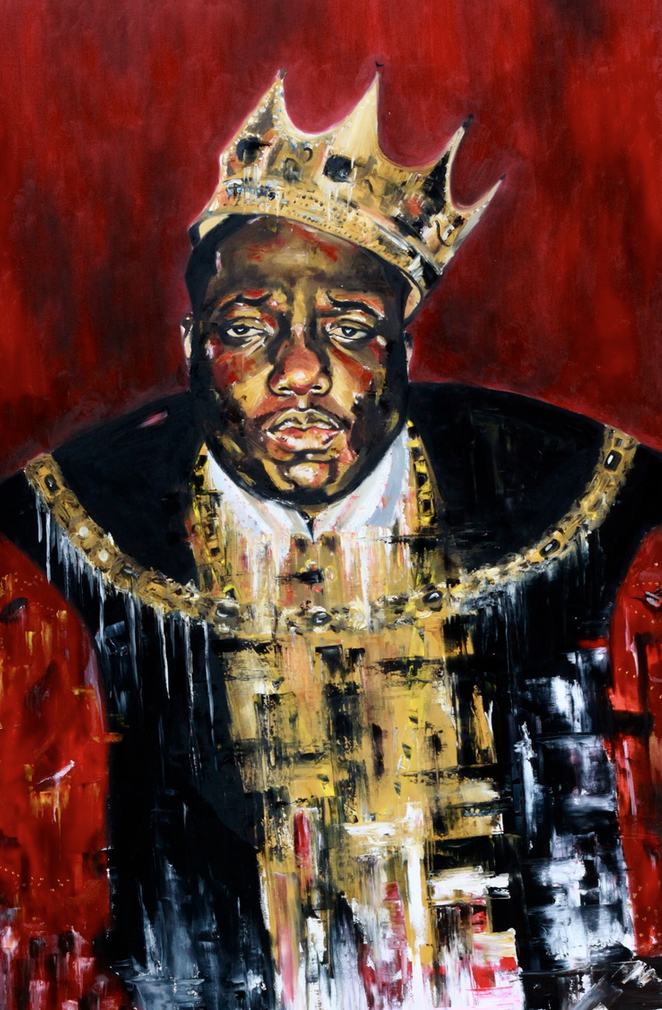 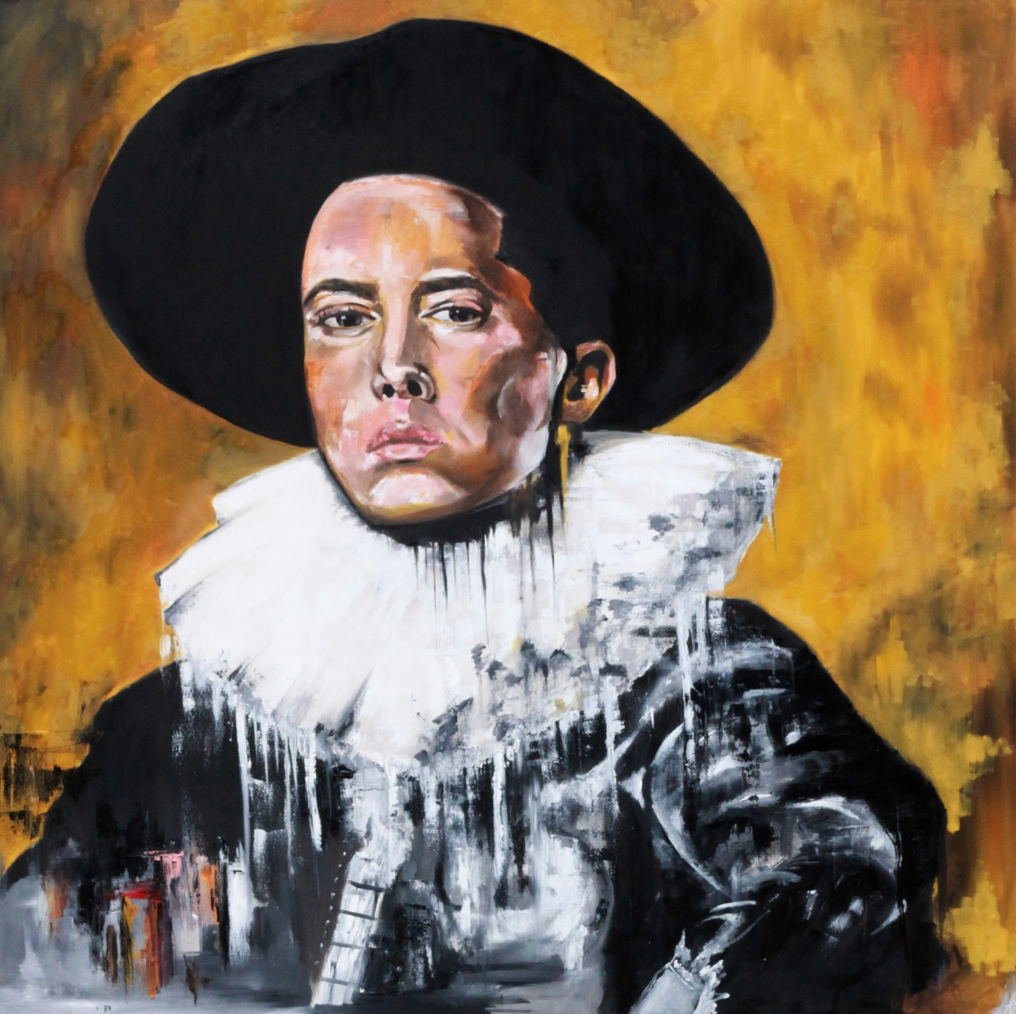 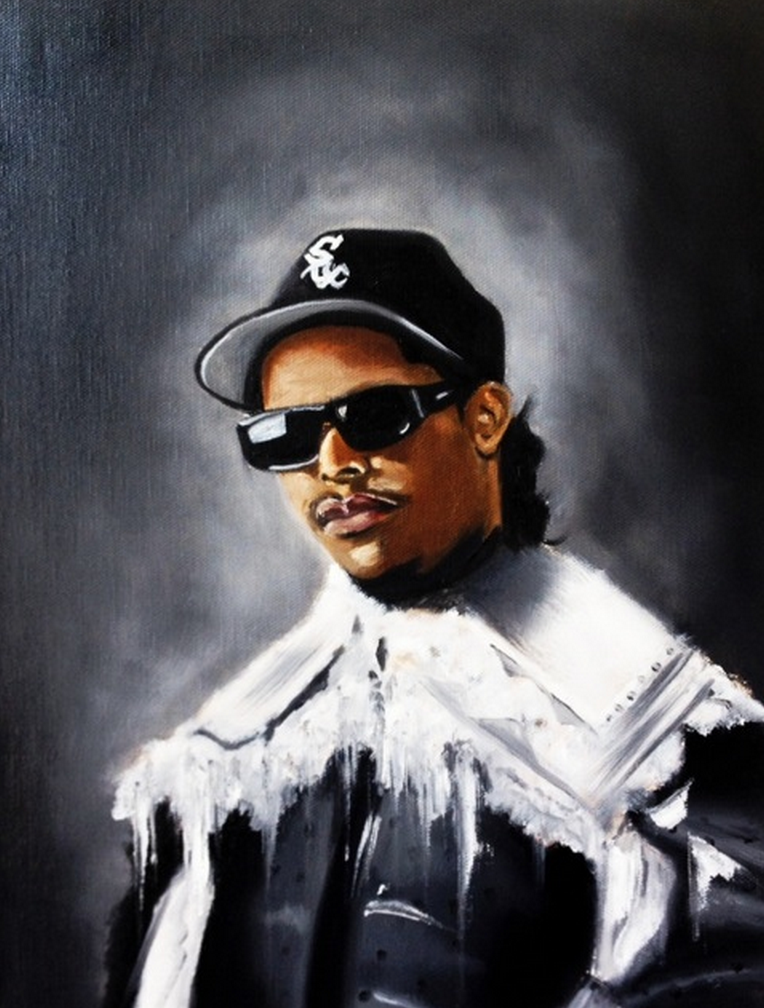 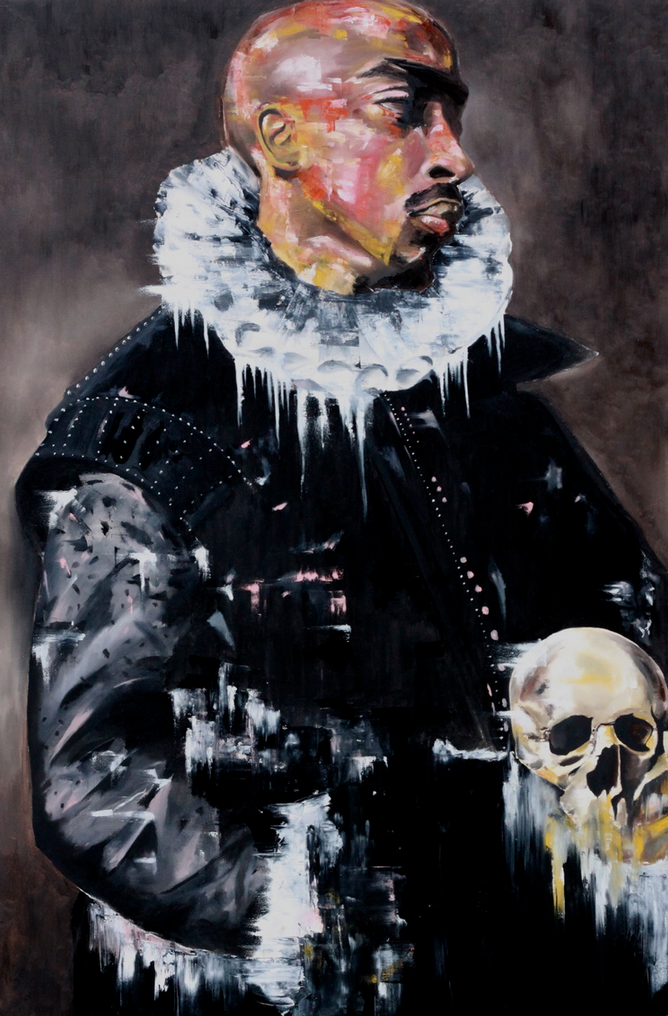