DJ Shadow and Cut Chemist announced that they will be touring the United States this fall and playing music by Afrika Bambaataa. The Renegades of Rhythm tour is co-signed by the Zulu Nation founder himself.

“I call on all who love Hip Hop to come out, see them, hear them,” Afrika Bambaataa says in a press release. “My story is our history in deejaying.”

Afrika Bambaaataa is a deejay from New York. His music is not only Hip Hop but also features many genres from pop to salsa. His most popular work is the single “Planet Rock,” which was released in 1982 in collaboration with The Soul Sonic Force. They released Planet Rock – The Album in 1986.

DJ Shadow and Cut Chemist will be playing vinyl from Afrika Bambaataa’s personal collection. The records were stored in Cornell University’s archives and the deejays had to sort through more than 40,000 of Bambaataa’s records to decide which ones to use on the tour.

The tour is slated to mesh the old with the new by utilizing six turntables and visual effects from Ben Stokes, who frequently collaborates with DJ Shadow.

DJ Shadow has performed with Diplo and Bassnectar and helped with the music for the video game Grand Theft Auto V.

Cut Chemist is a former member of the Rap group Jurassic 5 and the Latin Funk group Ozomatli. His first solo project was 2006’s The Audience’s Listening. He started deejaying when he was 11 years old.

This isn’t the first time DJ Shadow and Cut Chemist have worked together. In 2008, they released The Hard Sell.

The Renegades of Rhythm tour flyer and tour dates are as follows: 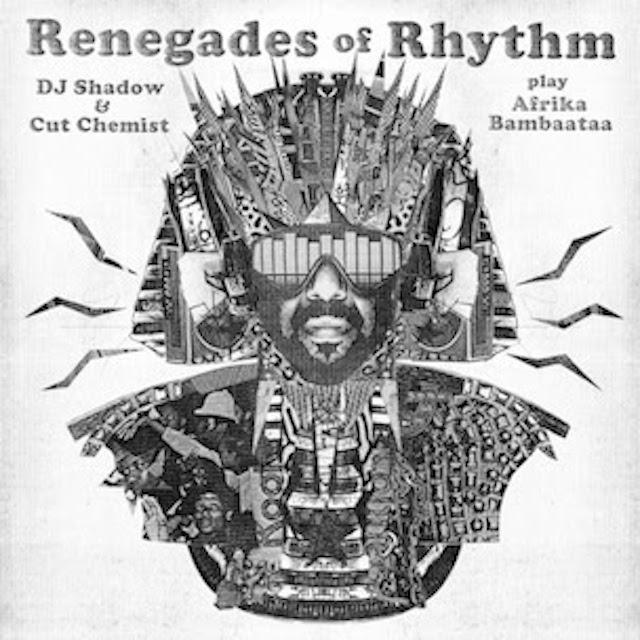 UPDATE: The Renegades of Rhythm tour had added a performance at Humboldt State University on October 6 in Arcata, California to its itinerary. Edan & Locke, Joshua Abrams’ Natural Information Society and The Gaff have also been announced as the tour’s opening acts.