Speaking exclusively with Battle Rap on the eve of Total Slaughter, Hollow Da Don explained wanting to see Joe Budden perform without choking when they face off.

Addressing the Slaughterhouse member’s untested record on the Battle Rap stage, Hollow said “we don’t know what this guy is gonna do.”

“It’s like, how do we judge somebody we’ve never seen?” he said. “We’re all just assuming, guessing, we’re all hoping. Nobody has facts. We don’t know what this guy is gonna do but I hope he comes in and at least goes straight through his shit with no problems. You know I joke about the choke—I don’t even mean to rhyme like that that’s just how nice I am…But anyway, I joke about the choke but I really don’t wanna see him choke because choking is wack. Let’s be real, nobody wanna see that. We wanna see him go through his three rounds. I’ma go through my three rounds…Hopefully he go through his three rounds fine and I go through my three rounds…We got judges, that’s for them to decide.”

Separately, Hollow joked that Joe Budden may resort to reading lyrics off his phone and said “I predict Joe Budden to have a good 16 bars.”

For more Total Slaughter coverage and to read the rest of the interview with Hollow Da Don visit Battle Rap. 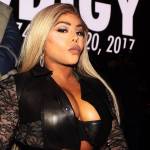 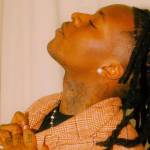