Ghostface Killah has announced a European Tour, according to a press release from Clockwork Music, which is presenting the tour.

The Wu-Tang Clan member is set to embark on this tour today (July 10) in Dublin, Ireland with special guest Sheek Louch.

More dates are set to be added to this European Tour for August and September and are slated to be announced soon.

Ghostface Killah and Sheek Louch’s European Tour flyer and itinerary are as follows: 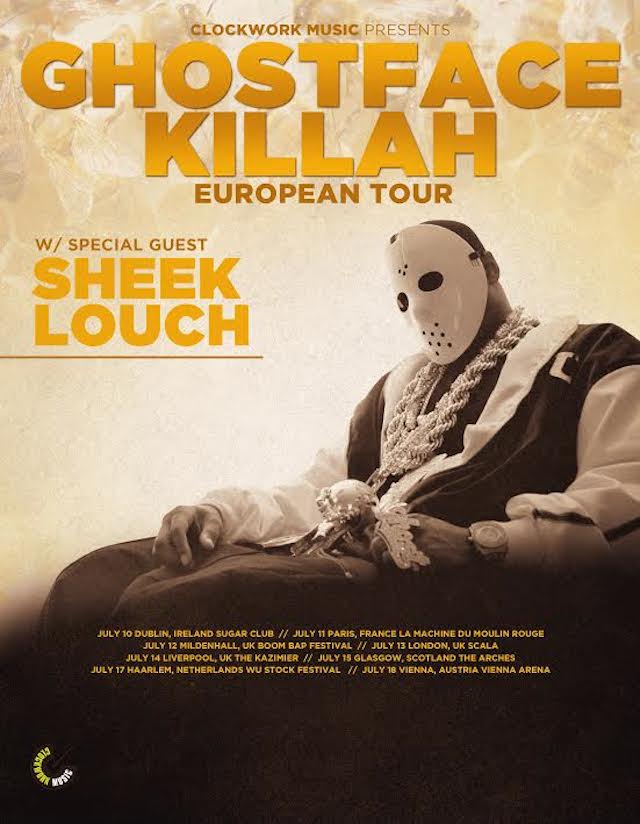 UPDATE: Ghostface Killah and Sheek Louch have added a series of August dates to their European tour.

Sungod is set to appear with the pair on select dates and they are scheduled to be joined by Method Man and Raekwon for a Wu Massacre show in Switzerland August 22.

The tour flyer is as follows, as is the tour itinerary. 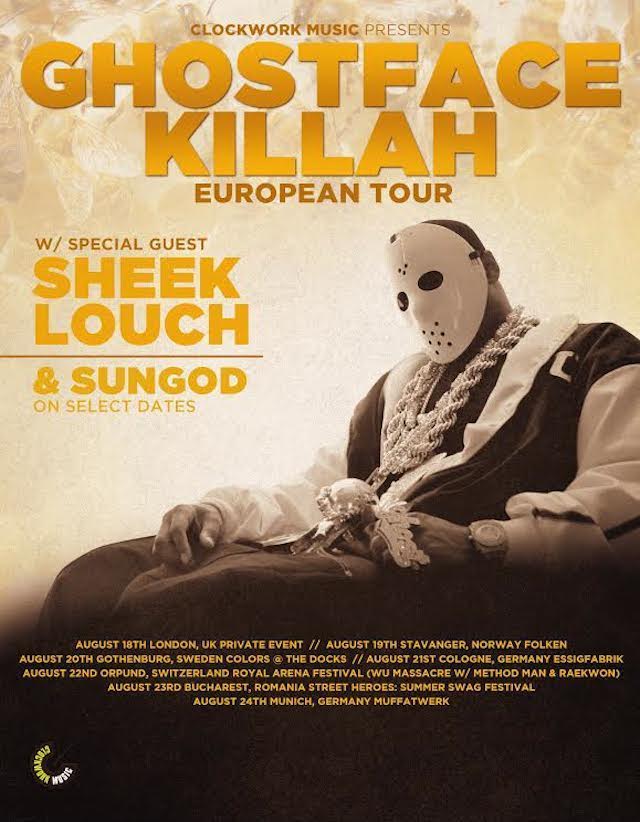 RELATED: Ghostface Killah Says “Illmatic” Made Him “Step His Pen Game Up”