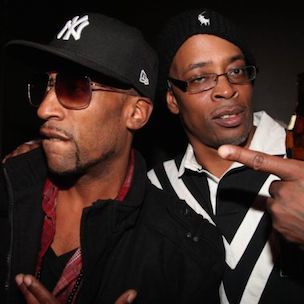 Lord Jamar and Sadat X discussed during a VladTV interview their opinions on who would win a Battle Between Joe Budden and Hollow Da Don at Total Slaughter, which is slated to take place Saturday (July 12).

If they had to make a bet, they’d put their money on Hollow Da Don because he’s been a steady Battle Rapper for a long time. On the other hand, although Joe Budden is a respected rapper, Lord Jamar and Sadat X says they aren’t sure if he’s ready to make the transition into Battle Rap.

“I just hope that he’s [Joe Budden] going to be ready for it,” Sadat X says, “’cause you know Don’s going to come with that shit.”

Lord Jamar added, “I would have to imagine he [Joe Budden] knows what he’s going up against.”