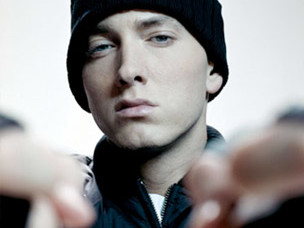 "Eminem And Rap, Poetry & Race" Book To Be Released This Year

An Eminem book, Eminem And Rap, Poetry & Race, written by Scott F. Parker with a foreword by Talib Kweli, is set to be available November, according to XXL.

“Eminem is the best-selling musical artist of the 21st century,” a press release for the book says. “He is also one of the most contentious and most complex artists of our time. His verbal dexterity ranks him among the greatest technical rappers ever. The content of his songs combines the grotesque and the comical with the sincere and the profound, all told through the sophisticated layering of multiple personae. However one finally assesses his contribution to popular culture, there’s no denying his central place in it.

“This collection of essays gives his work the critical attention it has long deserved,” the statement continues. “Drawing from history, philosophy, sociology, musicology, and other fields, the writers gathered here consider Eminem’s place in Hip Hop, the intellectual underpinnings of his work, and the roles of race, gender and privilege in his career, among various other topics. This original treatment will be appreciated by Eminem fans and cultural scholars alike.”

On the track, Eminem raps about several subjects, including Internet bloggers.

“Fucking internet bloggers,” Em rhymes, before doing an imitation of what he thinks bloggers sound like. “I sit in front of my computer all day and comment on everything. I’m an expert on everything. Everything sucks.”