Iggy Azalea appears in the latest Billboard cover story, in which the rapper addresses authenticity in Hip Hop.

“We get so caught up, especially in rap, with what’s authentic, and I wish people would think more about what the fuck that even means,” she says. “One critic was like, ‘Why didn’t you talk about more Australian things?’ I don’t understand why I’m supposed to write a song about living in the outback and riding a kangaroo to be authentic.”

In the issue, Azalea also comments on being the first musical act since The Beatles to have her debut Hot 100 hits “Fancy” and “Problem” reach #s 1 and 2 on the chart at the same time. “It doesn’t mean anything,” she says. “I’d rather be The Rolling Stones.”

The cover of the issue as follows: 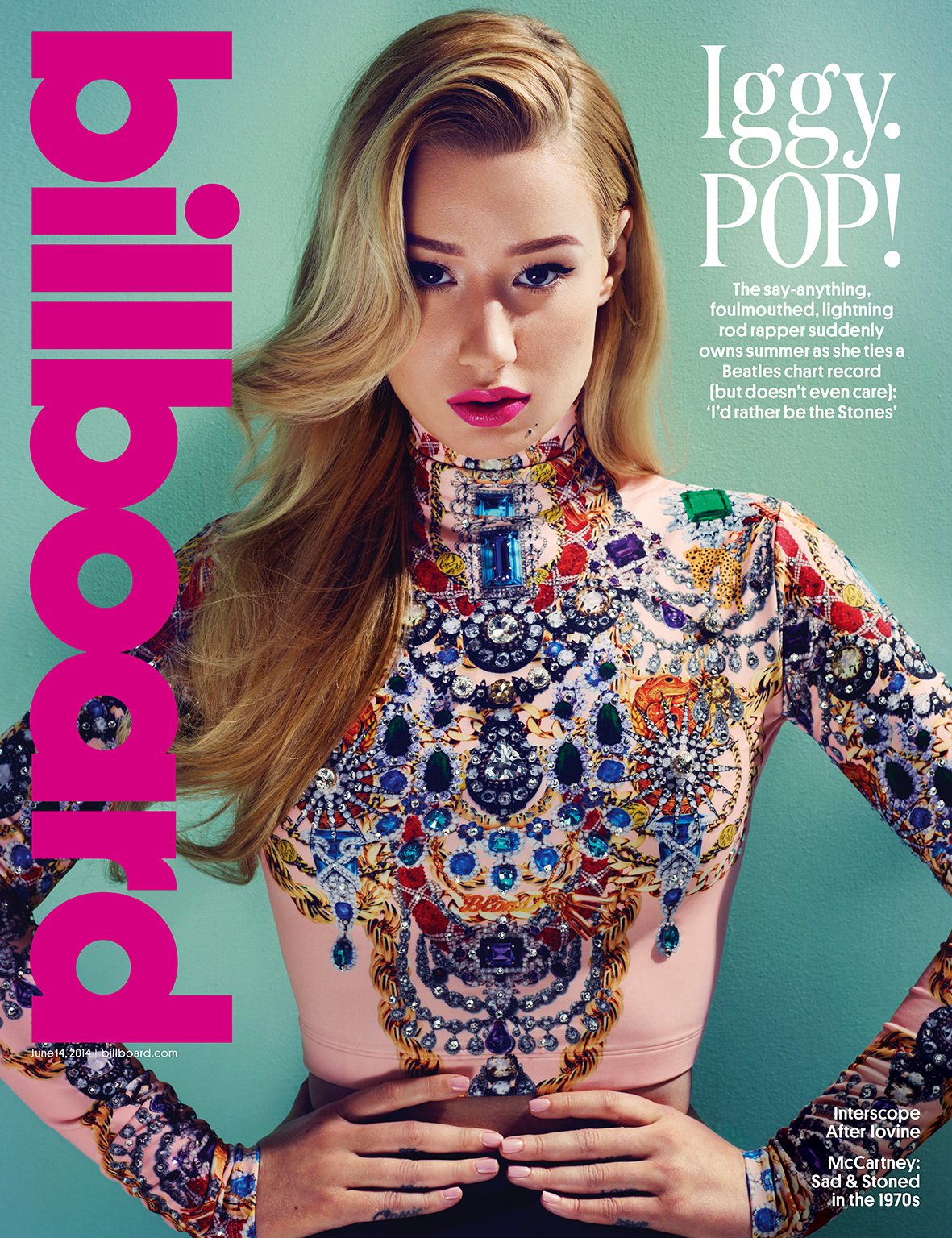 RELATED: Iggy Azalea: “I’ve Been Trying To Push T.I. To Move Beyond His Role Of Drug Dealer” In Film