50 Cent likely had the worst ceremonial first pitch of all time, according to the Washington Post.

50’s pitch was charted, along with ceremonial first pitches that were done by other individuals. This chart, which Washington Post says is “highly unscientific,” came from watching YouTube videos of pitches and plotting them across a diagram of a strike zone. According to the publication, they used “the tried-and-true ‘eyeballin’ it’ method.”

“50 Cent is indeed in a league of his own in terms of his ball’s horizontal distance from home plate,” the report says. “It’s a bit of a toss-up whether his pitch is farther from the plate than Carly Rae Jepsen’s pitch last July, although it’s difficult to compare the two since Jepsen’s pitch hit the ground about halfway there.”

Snoop Dogg, Bill Clinton, Justin Bieber, Kim Kardashian and mascots were also added to the chart, among others.

50 Cent recently made light of this pitch, admitting that he is “not a ball player.”

Their diagram is as follows: 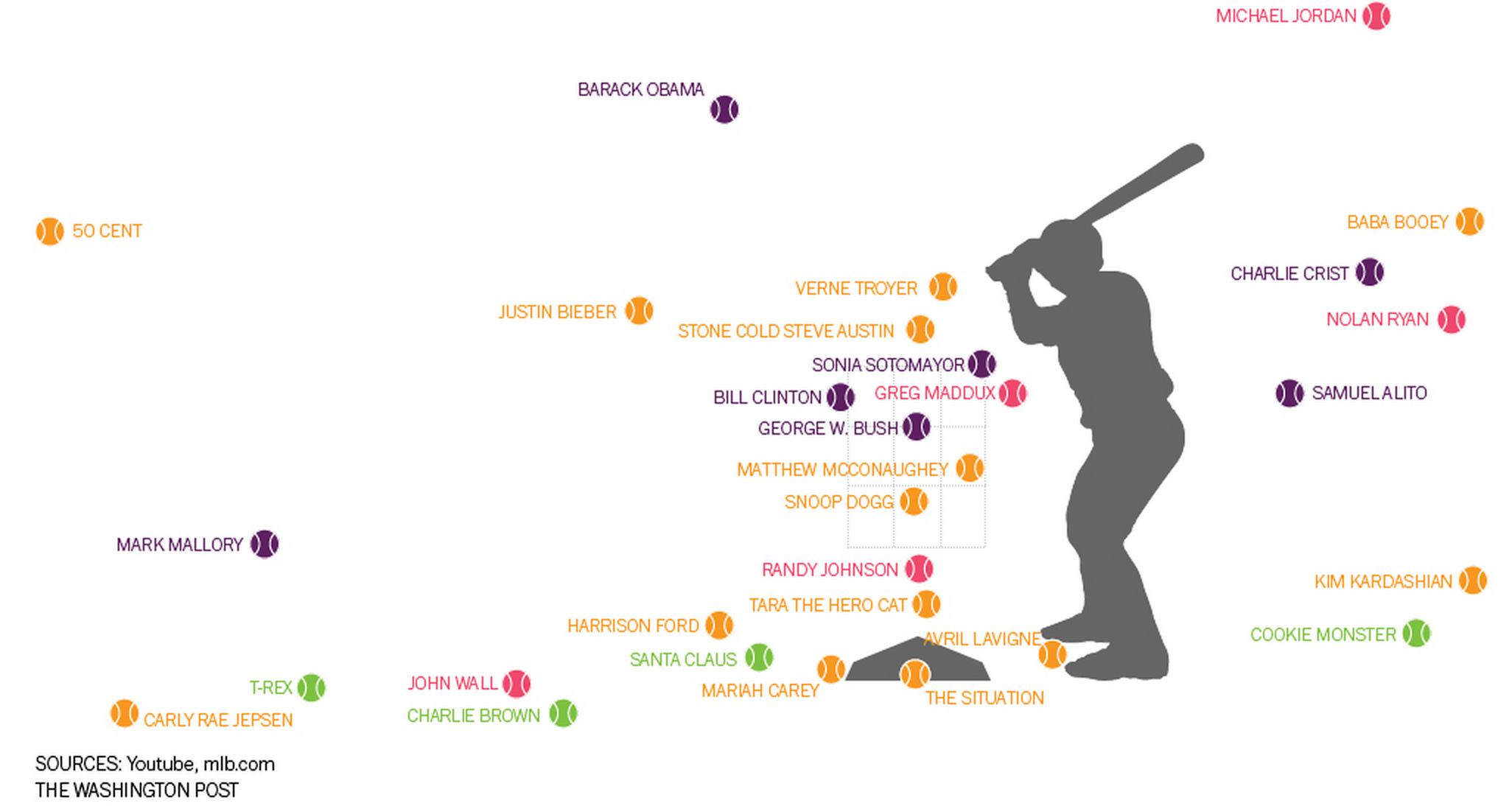