Jay Z, Beyonce, Solange Knowles and Tina Knowles were photographed together recently, an image that was reportedly taken in New Orleans Saturday (May 17), days after news broke of Solange attacking Jay Z in an elevator earlier this month.

On Thursday (May 15), Jay Z, Beyonce and Solange released a joint statement about the controversy surrounding the aforementioned elevator altercation.

“As a result of the public release of the elevator security footage from Monday, May 5th, there has been a great deal of speculation about what triggered the unfortunate incident. But the most important thing is that our family has worked through it,” the statement says. “Jay and Solange each assume their share of responsibility for what has occurred. They both acknowledge their role in this private matter that has played out in the public. They both have apologized to each other and we have moved forward as a united family.

The image from this weekend is below. 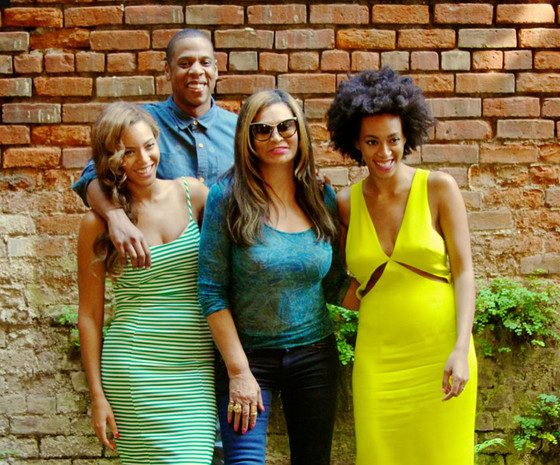