Calvin Klein Bacote, the author of Neighborhoods Under Siege, recently sat down with Vlad TV and talked about his relationship with Jay Z.

During the interview, Bacote recalled when he met Jay Z and the shout out he received on Jay’s eighth studio release, The Black Album. According to the author, the lyric stems from an arrest and period of incarceration Bacote and Jay shared during the late 1980s.

“I met Jay in I want to say the mid-80s, when I came home after ’86 but we never come crossing paths in the game until, I want to say maybe late ’86, ’87, around that time,” Calvin Klein Bacote said when asked about meeting Jay Z. “The lyric from The Black Album, ‘I’ve never felt so alive, riding shotgun in Klein’s green five,’ that came from a case we both caught in ’89.”

The case revolved around the two’s involvement in a scuffle during a party they attended.

“We was at a party and mayhem just broke out crazy and we being from Brooklyn,” he said. “We being from New York and there wasn’t that many people with us, probably maybe a dozen of us, maybe a little less than a dozen going up against maybe 200 people in the party and when it all broke down, we all went back to back, but long story short, me and Jay ended up the ones being caught and we actually got locked up, attempted murder, assault with with a deadly weapon, battery. I wind up convincing that the guy pressing charges on us to drop the charges but he was kind of hard pressed seeing that he was willing to drop the charges on one person but wasn’t willing to drop the charges on both of us so that’s how that played out and how I got Jay off the case and I actually took the case on and went to trail. Jay testified on my behalf on that but if it had not been my wittiness of me going to the guy and talking to him and working some things out off the record or behind the scenes… A lot of people don’t realize that Jay would have lost his moment of opportunity because both of us would have both been sitting in there doing more than 10 years because I went to trial facing 40 years and 40 years in the state of Maryland, no less than 10.”

Bacote later explained that he did the time for Jay because he saw the potential in a possible rap career for the Brooklyn rapper.

“I didn’t want him to miss the opportunity so I told him, ‘Nah, we did what we had to do to get to this point and I’m going to take the weight of the case. I just want you to go home, straighten everything out and come back and bail me out, so that’s what happened.” 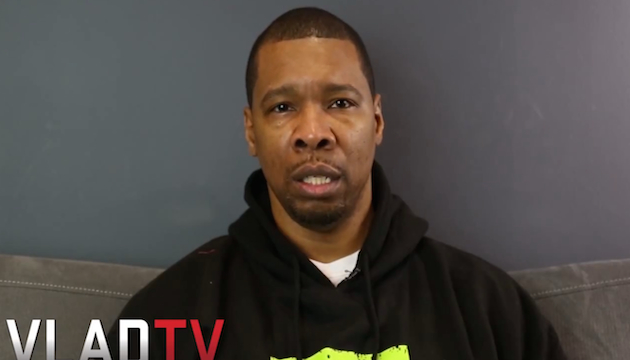