Eminem is slated to perform in London’s Wembley Stadium, but the Detroit, Michigan rapper is not scheduled to perform at Hyde Park in England. A source recently told The Mirror why the Hyde Park performance is not set to be part of the emcee’s itinerary.

“Eminem is a controversial artist, whose lyrics have been accused of being homophobic, provocative and pretty sweary,” the source said. “So there has been some debate about whether The Royal Parks will rubber-stamp any agreement to play there.

“He’s a huge name, and would be a great draw for fans, but it may not be the right image for the parks if he’s effing and blinding on stage,” the source added.

Eminem is slated to perform in London’s Wembley Stadium, reportedly as the first rapper to headline the venue. Eminem addressed this matter in an Instagram post the rapper recently made. The image he posted features “Never Mind Hyde Park” and it informs fans of the July 11 Wembley Stadium set.

The Libertines, Black Sabbath and Tom Jones are set to perform in Hyde Park at the BST Festival. 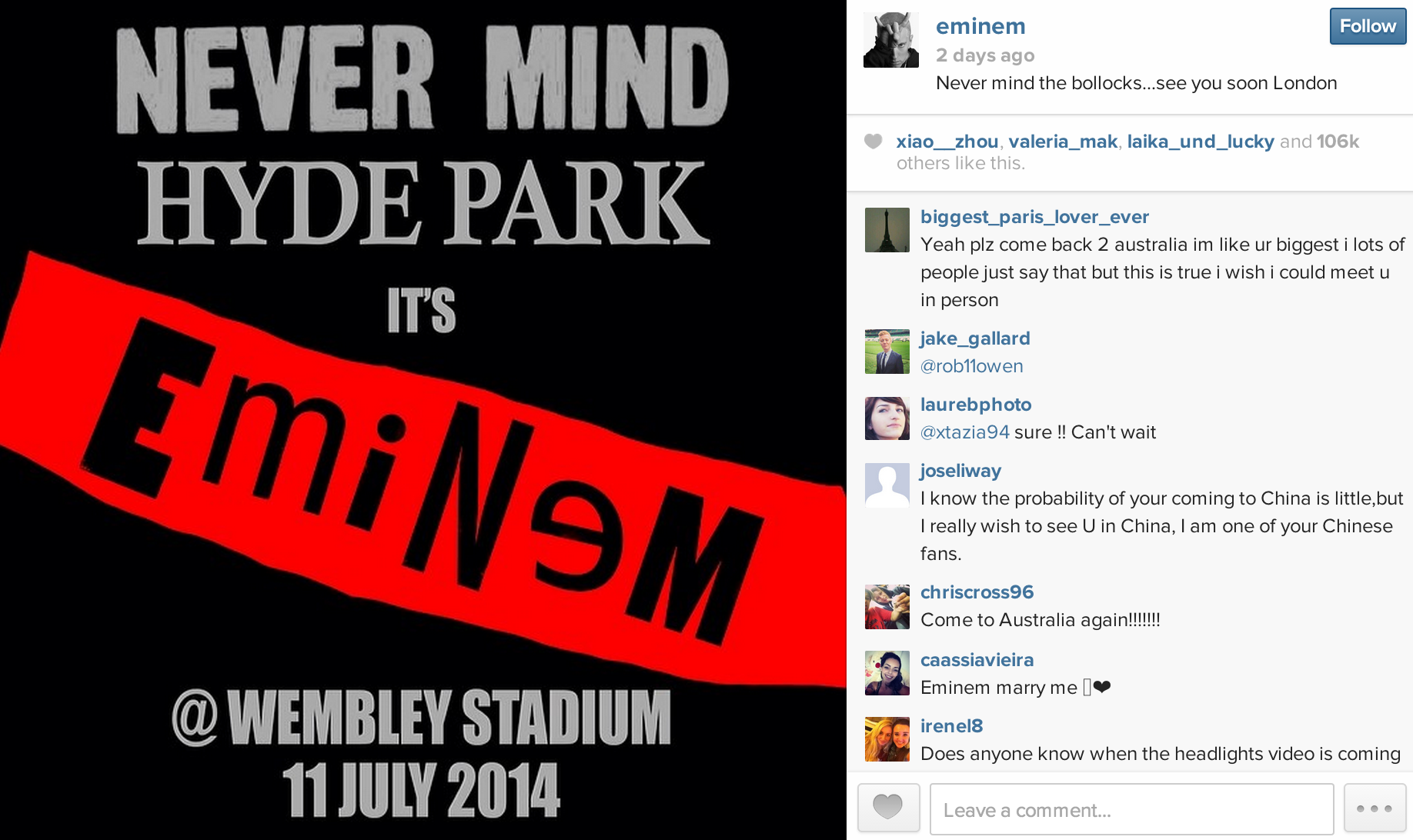