Hip Hop duo Social Club (Martymar & F.E.R.N) has been building with Reach Records artist Andy Mineo since 2013. The duo has performed at the same events as Andy, appeared in some of his videos (“Uno Uno Seis” and “Saturday Morning Car-Tunez”) and were featured on his Never Land EP, a project that charted #2 on Billboard Rap. The duo collaborated with Mineo for its second retail album, Misfits 2, which was released today (April 29).

“Andy Mineo is our friend, a mentor, a fellow paisano and all around visionary,” Marty of Social Club says during an exclusive interview with HipHopDX. “We love to have people who have big dreams and goals around us. Our relationship with Andy Mineo developed organically. We both had mutual respect for each other’s music. We were at the Misfit Conference in New York, and we got a random DM saying, ‘You in my city?’ We met him the next day and the rest was history.”

Social Club Speaks On Its Mission

Social Club says it wants its music to encourage people to be themselves.

“Misfits is basically the movement we have of kids who don’t fit in.” F.E.R.N says. “They feel different. They’re kids who aren’t popular and don’t have all the girls. We got love for the girl who doesn’t have the perfect hair and burned herself with the hot iron. We’re the ones who people call ‘rejects,’ ‘losers’ and ‘outcasts.’ That’s our gang. Those are the ones we claim as family. Our movement is simple, be who you’re created to be, not who the world wants you to be. Be yourself, the one God wanted you to be. That’s the true you.”

Martymar and F.E.R.N. recently released the visual for their single “Cops,” which is as follows:

The cover art and tracklist for Social Club’s Misfits 2 is as follows: 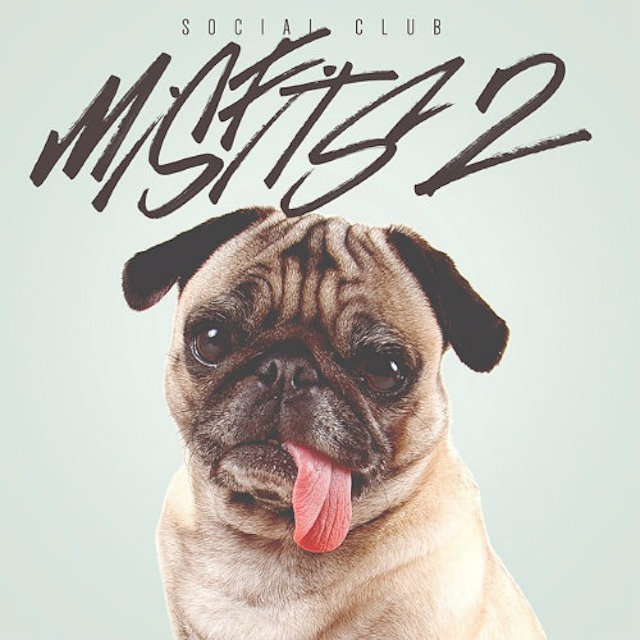 10. “Social Club is NOT Dead” featuring Gawvi (produced by Gawvi)