Being interviewed herself by Complex News, Angie Martinez detailed her years in radio as an on-air host and the art of her own interviewing technique. Asked specifically about one of the biggest interviews of her career, Martinez explained editing a two hour conversation with Tupac Shakur into a minutes-long piece for radio.

“When I had to do that edit, I still wanted to represent what he was trying to—I didn’t want to misrepresent him,” she said. “Yes I toned it down and took out all that other inflammatory stuff. But I still didn’t want to misrepresent him. ‘Cause I didn’t feel like if something bad happened after that it was something I was gonna be okay with. Even now to this day I still have it. I been wanting to reach out to his mother. If his mother says, ‘Yeah, put it out’ then maybe I would just put it out.”

During the conversation, Martinez described her in-depth interviews with Jay Z specifically as a product of a two-decades long friendship in the industry.

“Well when you know somebody for twenty years and you’ve been interviewing them since their first album, that is the benefit that you have,” she said of Jay’s willingness to open up. “That is the plus side.”

Still, when pushed about the more general openness of her subjects, Martinez added that she thinks artists know what to expect from her.

“I could say ‘because I’m such an amazing interviewer,’” she said. “I don’t know if it’s that or even if I hadn’t met them they feel like they know me some way. And I said, I think they know what to expect. I don’t think that they are gonna feel like they’re gonna sit in my chair and be just attacked or taken advantage of or disrespected. Or they’re not gonna sit down with somebody who’s looking for the click and gonna say anything to them to try to get it. I think people feel safe. Sometimes I’ve been criticized for that, for being too safe. But I’m okay with that ‘cause I don’t think of it like that. I think of it as being a good human being and fair and respectful to the people who come to sit in my room.”

Elsewhere, Martinez described having worked for Hot 97 for more than half of her life in a variety of roles.

“I’ve been working in this building since I’m 18,” she said. “I started here as—I wasn’t really an intern because I was getting paid. I think I was getting paid $3 an hour. I was driving the vans. I learned how to run the boards so then I started board-opping. I was the assistant to almost every department at some point. I worked my way out. My thinking was I wanted to be a Program Director. So in order to be a Program Director I was going to learn every piece of the building. But then it just turned out that I kind of fell in love with being on-air. Now you couldn’t pay me enough money to be a Program Director because that part of the job is so much more fun.” 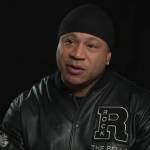 "You got endorsements, what are you doing?'"