Hopsin says he couldn’t go on stage during a recent Fort Collins, Colorado stop on his Knock Madness Tour run. Instead of performing, Hopsin says he decided to walk “away from the show,” and that he “never turned around.” “I had too much pain to perform,” Hopsin says of that night in a Twitter update made yesterday (February 18).

Hopsin’s discussion of pain comes in a series of Twitter posts regarding a disillusioned perspective on fame, “two-faced fans,” his own Knock Madness Tour and his life as a recording artist.

“As of today I’m officially burned out,” Hopsin says in his Twitter statement. “I’m 100 percent over being in this light. The rap game can suck my dick and so can u two faced dick riding fans who are quick to turn your back on me if I don’t give u what u want. I ain’t no damn celebrity and I ain’t bout to play this ‘fame game.'”

At least some of his said frustration with being “in this light” deals with his work as a performer, something Hopsin also discusses in his Twitter posts.

“This whole tour can go to hell along with the pain I suffer trying to please these idiots,” Hopsin says. “I’m a god damn slave monkey in a circus now…My heart just isn’t on stage when I perform anymore. All I think about is how bad I can’t wait to get off stage when I’m on stage. I feel bad because I’m just taking your money and not giving u my heart…Don’t come to these shows. You are gonna get an auto pilot performance. [J]ust know that the only reason I’m doing these shows is because I’m being pressured and conditioned to believe that money is before health.”

The pressures of this tour and the music industry have also caused Hopsin to question faith he once had in his higher power, he says.

“Being so heavily involved with this industry made me lose touch with god. I don’t even know if I believe in him anymore…I wanna believe, but I have really locked myself into understanding that he isn’t real. And I never thought I’d reach this point,” Hopsin says.

At this point, Hopsin says he has also lost concern for those around him, including family members.

“I’m so down….everyone around me could die and I honestly wouldn’t give a fuck. Even my parents. I just wanna walk and keep on walking and never look back. If I stay here, I’m gonna hurt myself or someone else,” Hopsin says.

The tour Hopsin is on is in support of his most recent project, Knock Madness, an album that was released in 2013. The Funk Volume emcee’s album received a 3.5 out of 5 X rating on HipHopDX in its review of the musical collection. 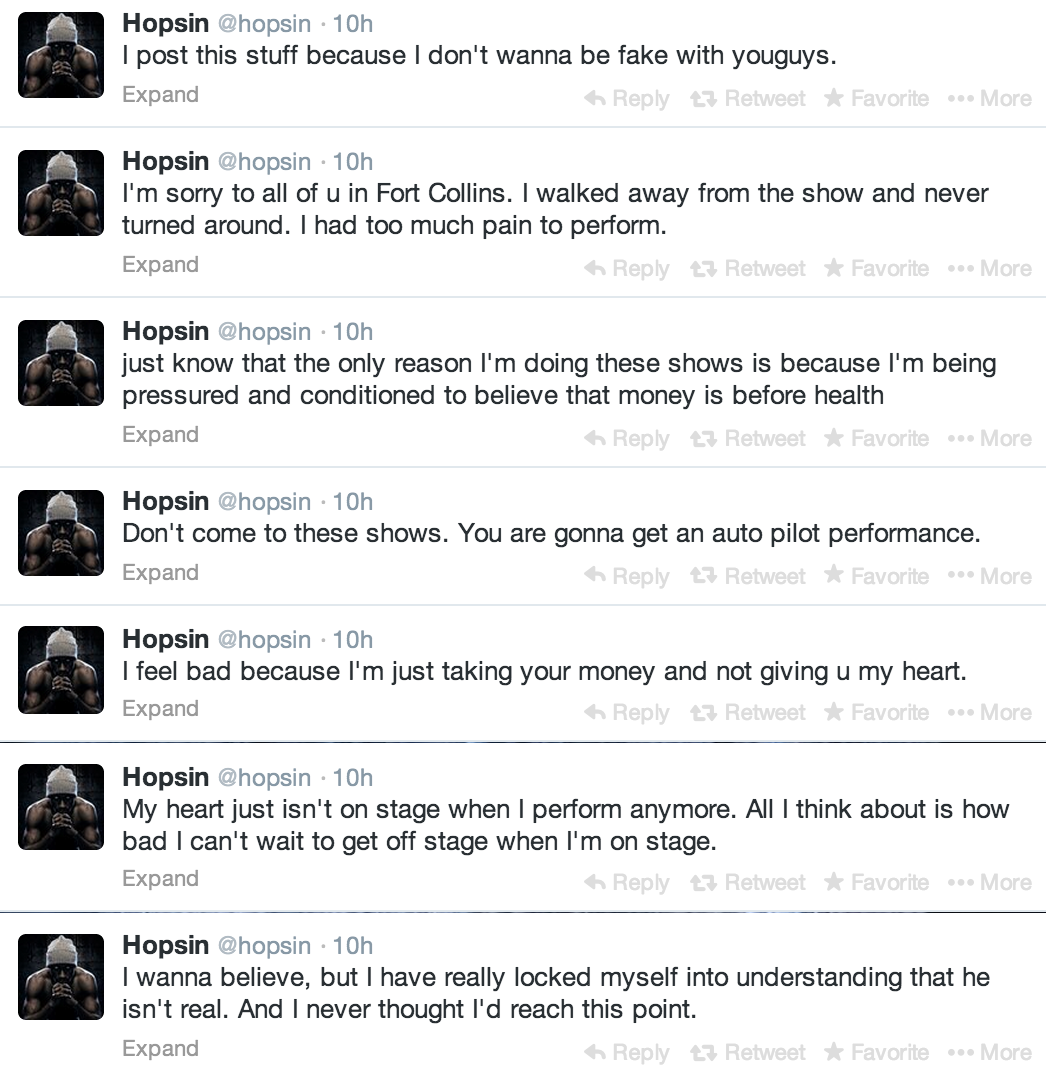 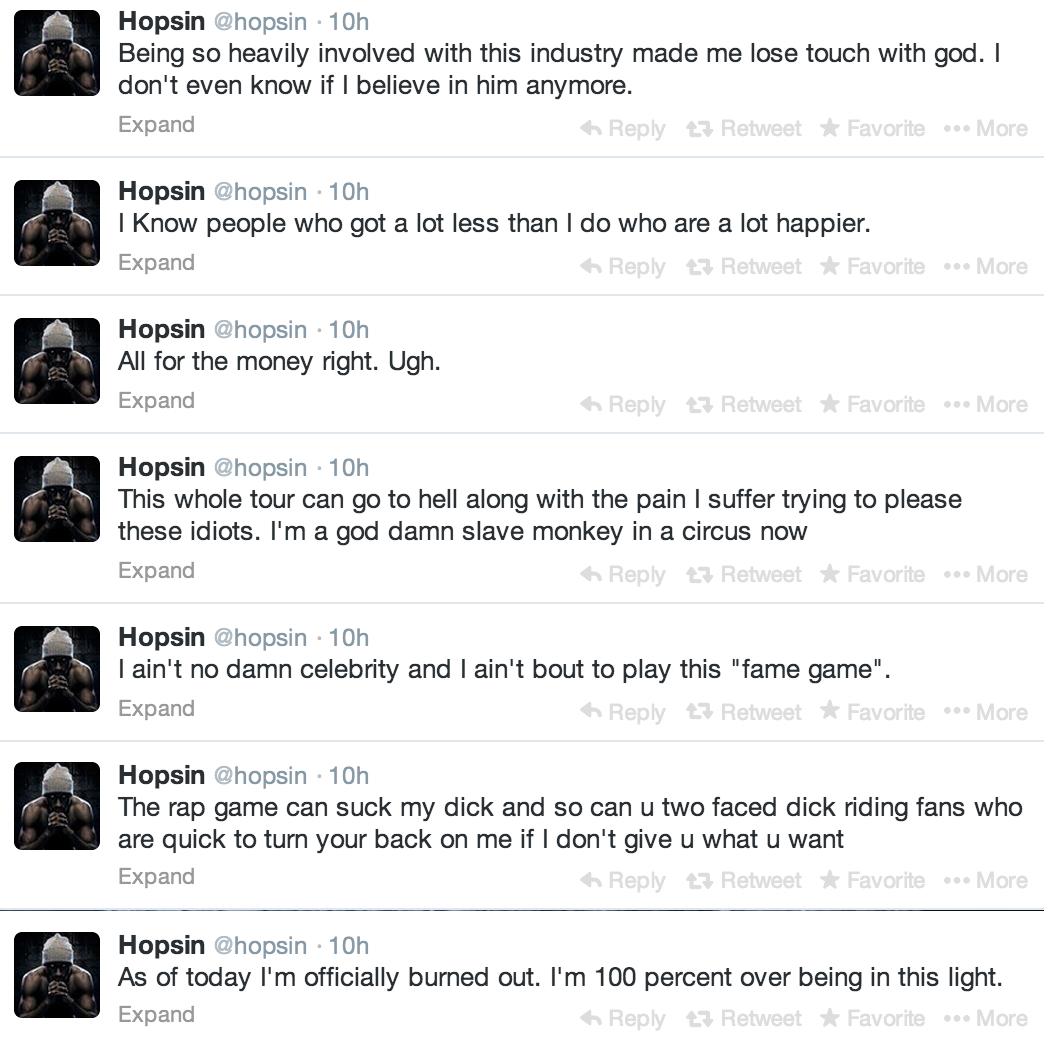