Hopsin has announced a nation-wide tour in 2014. The Knock Madness Tour is set to run from January through March.

Hopsin is slated to begin the tour in Santa Cruz, California January 18. The Knock Madness Tour is set to come to a close in Los Angeles, California March 22 after hitting states across the country.

“This is my time,” Hopsin said of the album in an interview with HipHopDX. “From all the hype you’ve ever seen from Hopsin, this is that moment of truth right now where it’s about to be either extremely great or… It won’t be wack, regardless. But it’ll either be extremely great or like a monotone, regular thing. I have a feeling that it’ll do good.”

Knock Madness‘ “Hop Is Back” can be viewed below.

Tickets for the tour can be purchased at myfunkvolume.com/tour. 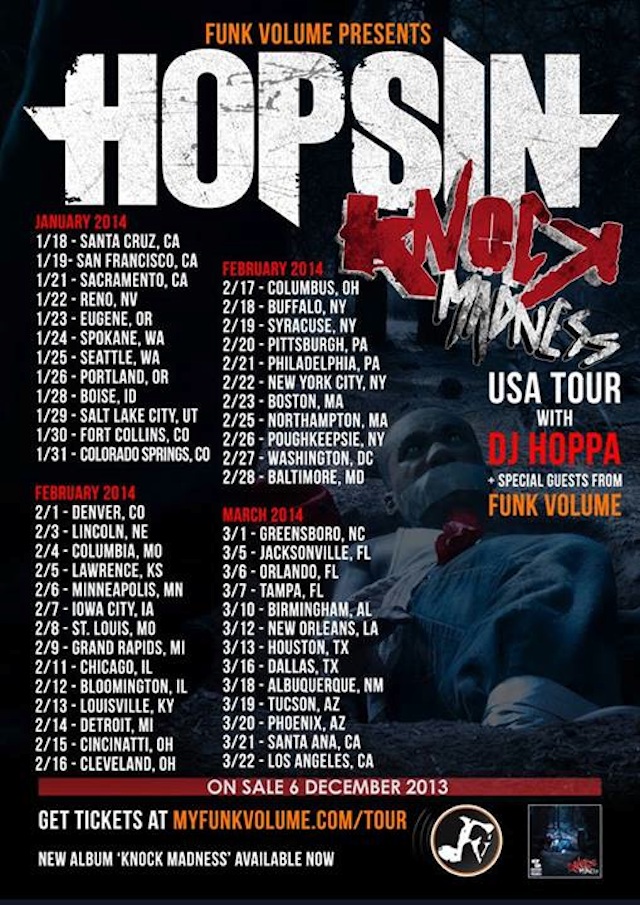