T.I. To Join Kevin Hart & Will Ferrell In Film Believed To Be Titled "Get Hard" T.I. is set to join Kevin Hart and Will Ferrell in an upcoming film, according to Hart. The comedian made an Instagram post announcing the involvement of Ferrell and T.I.

“Me & Will Ferrell are about to do a movie together people!!! All I can say is HOLYSHIT & and happy to say that brother/Friend @troubleman31 will be apart of this amazing project as well!!! My hustle never stops!!! This could be legendary people!!!!” Hart said in his caption for the Instagram post which includes Ferrell, Hart and T.I.

The film is believed to be Get Hard, a project that Variety confirmed in September 2013. “Pic follows a wealthy investment bank manager who is convicted of a crime he didn’t commit and prepares for prison with help from the guy who washes his car,” Variety said at the time. Ian Roberts and Jay Martel are writing the script. Sarah Schechter will oversee for the studio. The pic should move quickly into production if the studio wants to oblige Ferrell and Hart’s busy schedules. Hart is becoming one of those rising stars who seems to be getting more and more gigs and Warners would like to make sure his next project is one with their studio and not elsewhere.”

Recently, Hart saw success with another rapper in Ride Along, a film that he worked on with Ice Cube. The film made approximately $93 million in three weeks. The motion picture was also the #1 film at the box office for those three consecutive weeks.

In November, T.I. spoke about his acting roles. “Right now, I’m currently filming the third season of ‘House of Lies’ with Don Cheadle and Kristen Bell, and I’m co-starring along with Mekhi Phifer, and we’re just having a phenomenal time,” he said at the time. T.I. also starred in Holiday Hustle, an animated holiday special for VH1. 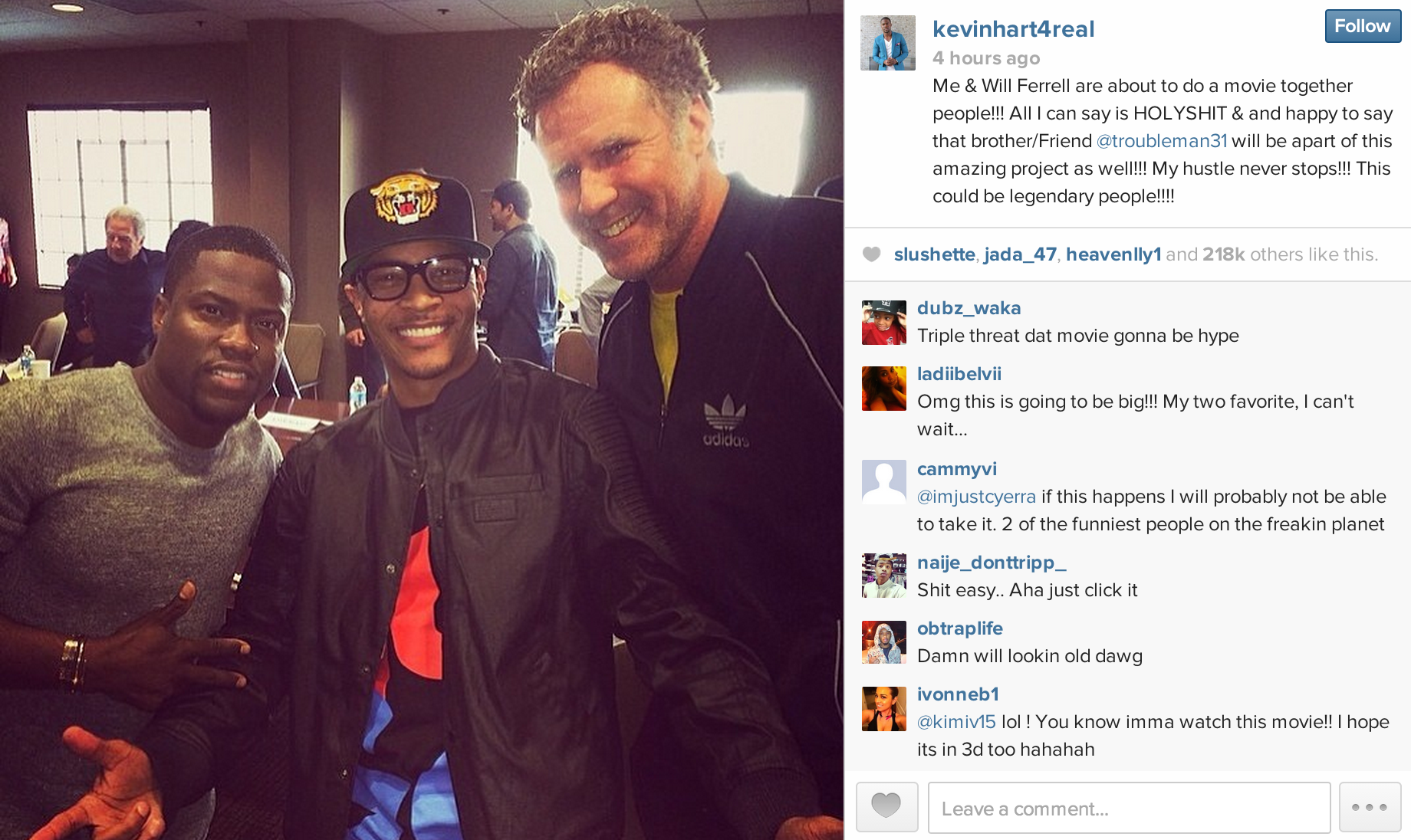