DMX’s boxing match with George Zimmerman has been cancelled, according to Twitter updates from the fight’s promoter, Damon Feldman. However, the fight is still a possibility, according to DMX’s representative, Damon Feldman and the cancellation Tweets have since been deleted.

In a statement released to the press, Nati addressed the boxing match.

“Damon Feldman has announced that the George Zimmerman fight is cancelled via his Twitter,” Nati said in a statement. “As previously stated, DMX never agreed to the fight and we thank you for all of the support from DMX’s fans. This situation will not affect any of DMX’s upcoming concerts in America or around the world.”

HipHopDX asked if Nati can confirm or deny that DMX won’t be involved in a George Zimmerman boxing match in the future. He was asked if the boxing match is still a possibility. “I can’t say that yet,” Nati said exclusively to HipHopDX.

Feldman has also deleted his Twitter updates regarding a fight cancellation. The Tweets can be seen below, via Time. 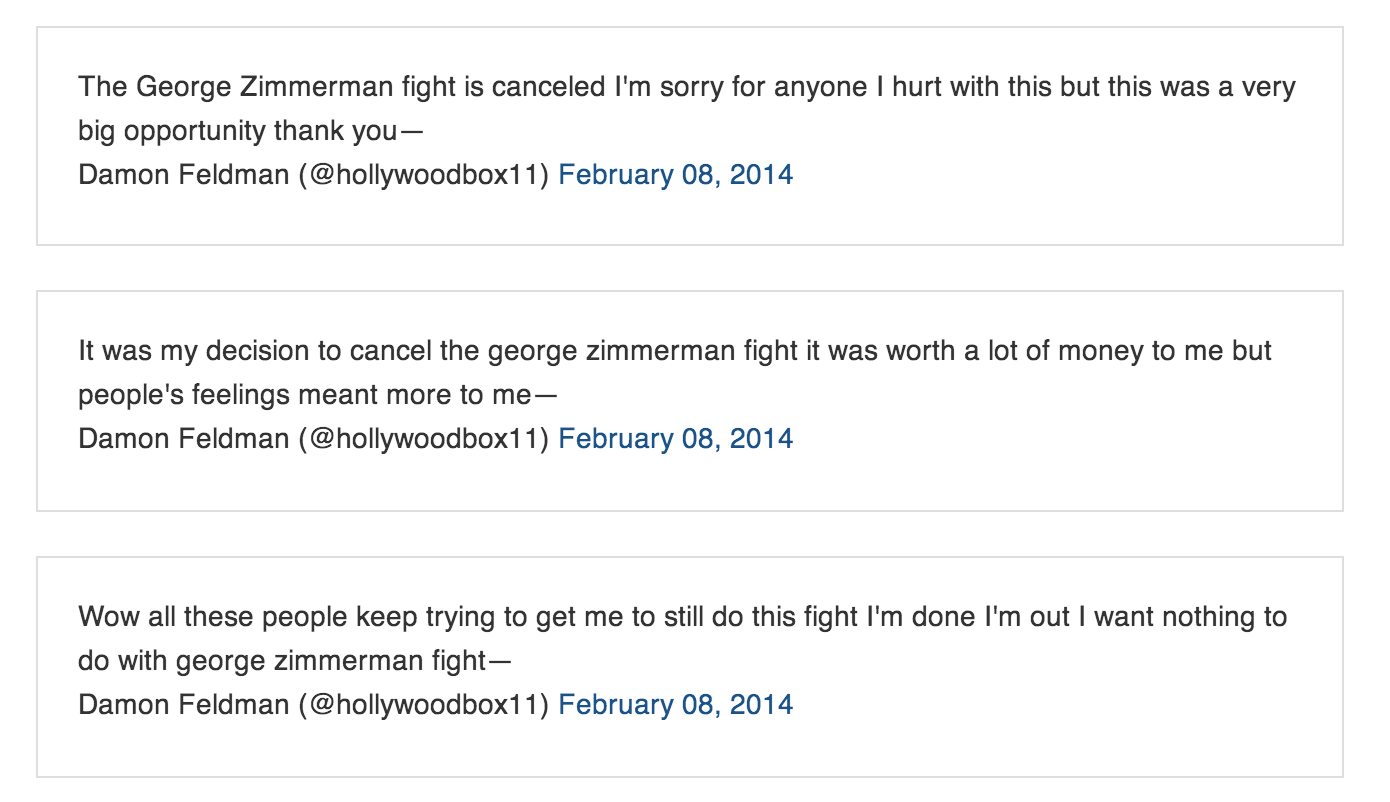 The promoter has since said that he will make a final decision about the boxing match Tuesday February 11. 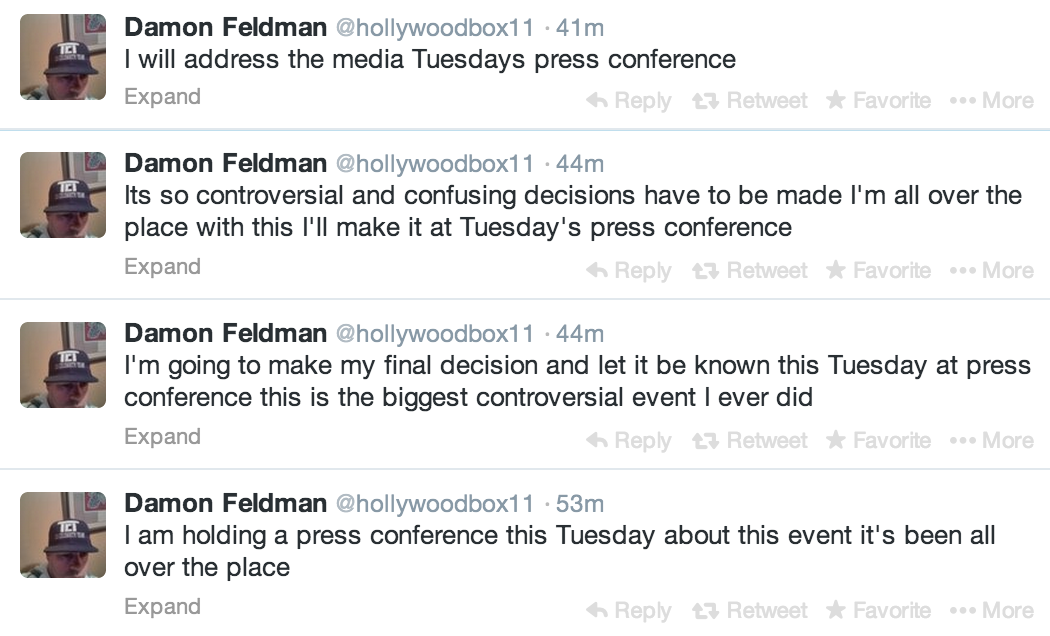 The boxing match between Zimmerman and DMX was confirmed and announced by Feldman February 4. However, DMX’s representative Nati later said that DMX‘s fight against Zimmerman was not official. Nat said that negotiations were ongoing.

DMX has said that he hopes to fight Zimmerman in different interviews. The first time he was asked about it, he said the following. “I am going to beat the living fuck out him,” DMX said of Zimmerman. “I am breaking every rule in boxing to make sure I fuck him right up…Once I am done with him, I am going to whip my dick out and piss on him…right in his muthafckin’ face…Zimmerman is a piece of shit and that’s what he needs to drink.”

More recently, X has said that he is unsure if the fight is going to take place. “I was challenged,” DMX said. “I still haven’t decided if I was really going to do it. But if I did do it, whatever money that was supposed to go to him would have to go to charity…[I] will gladly be the [expletive] out of him.”

The boxing match was criticized by many, including Al Sharpton, who also opposed to what many have been calling a “celebrity boxing” event.

“Let’s be clear, Zimmerman’s only claim to fame was killing an unarmed, young man named Trayvon Martin,” Sharpton said. “But killing someone does not make you a celebrity. Or it shouldn’t. And this point is particularly important today because today is Trayvon Martin’s birthday. He would have turned 19-years-old today. I do not begrudge people that achieve celebrity status or high profile status that I disagree with…But when we start making celebrities, we started some way glorifying people whose only claim to fame is killing someone unarmed…Do we not have boundaries at who we raise in celebrity and glorification in society?”

A petition has also been started to cancel the boxing match. More than 72,000 people have signed the petition at press time. More on the petition can be viewed here.

In July 2013, George Zimmerman was found not guilty of second degree murder and manslaughter. He was accused of murdering Trayvon Martin in 2012. Martin was 17 years old.