Game made an Instagram post and caption today celebrating what would have been Trayvon Martin’s 19th birthday.

“To day Trayvon Martin would’ve been 19 years old. Happy Birthday & may your soul be carried by angels your entire journey through heaven – The Game,” Game said in a caption for an Instagram post featuring a photograph of Martin.

“I think that from the beginning of mankind, we as a people have always been targeted,” Game said at the time. “For some reason, people don’t think that they need any excuse to kill us, beat us, hit us, run us over, disrespect us or anything like that…I’m far from racist. I’m very educated and intellectual and I understand how life works and how people of all colors exist under the sun, but it just seems like more than not black people are, I don’t know, there’s always some negative occurrence that goes on in our existence. This is just another reminder that stupidity still exists.”

In 2013, Game spoke about having a tattoo of Martin and discussed Martin’s mother’s reaction to the portrait of her son.

“I actually got a text message from [Trayvon Martin’s] mom, which was cool,” Game said at the time. “She appreciated the gesture. And I get tattoos all the time and that was just that whole story. I got a kid and I just thought that was so unfortunate, so I did it.”

George Zimmerman, the man accused of murdering Martin on February 26, 2012, was found not guilty of second degree murder and manslaughter in 2013. Game recently volunteered to fight Zimmerman in a boxing match. 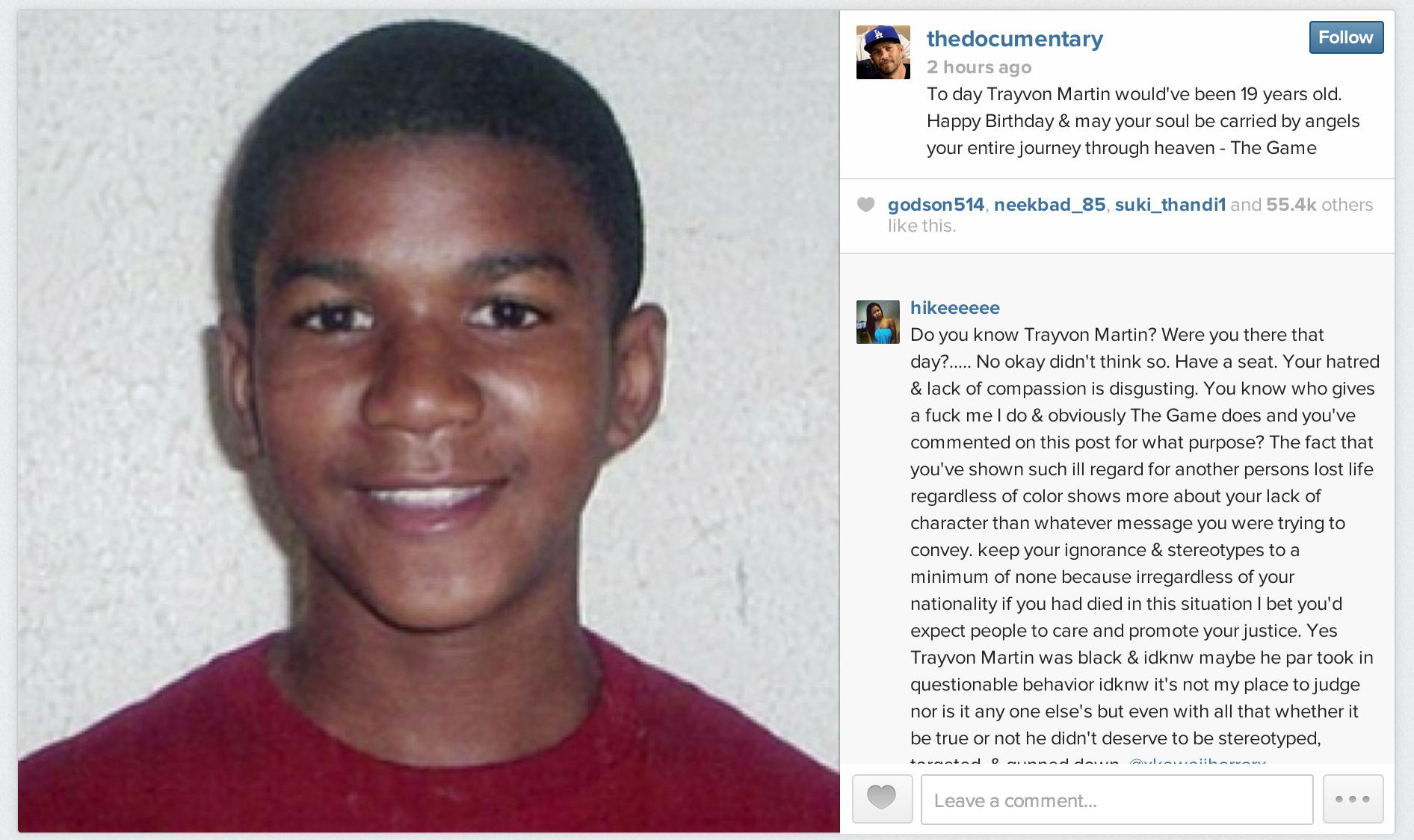