2 Chainz announced that he is working on a third edition to his B.O.A.T.S. series of albums in a Twitter update made today (February 4).

“As a guest rapper, he’s something like a big fish in a small pond – someone who might look and sound impressive at first glance, but is encumbered by stark limitations,” HipHopDX said at the time. “Naturally, he’s thoroughly out-rhymed by every guest on the album – Kanye West, Drake, Minaj, Scarface – and that might be the real reason behind the 2 Chainz phenomenon: He’s a rapper that other rappers will endorse because they know he’ll bring a certain amount of idiotic energy to their own track while never threatening their dominant status. He should stick to that pool.”

“By now, most fans should know that 2 Chainz isn’t interested in providing the type of lyricism offered by emcees like Big Boi or Jay Electronica,” HipHopDX said at the time. “And those listening to 2 Chainz probably don’t want that from him anyway. Either way, this time around, his formula—catchy hooks, spit-take worthy one-liners and danceable, Top-40 production—suffers from either overexposure or a lack of innovation. As the summer winds down, loyal 2 Chainz supporters and casual fans may enjoy B.O.A.T.S. II: #MeTime as functional, turn up music. But listeners that don’t fall into either of those categories would do well picking up more uniform offerings from similar artists.”

Chainz’ February 4 Twitter update regarding B.O.A.T.S III can be found below. 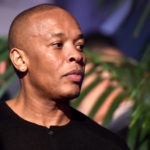