Kanye West and Chief Keef were photographed together Saturday (February 1) and some publications, including Complex, have reported that this makes “it looks like the two are working together on Keef’s upcoming project, Bang 3, which is slated to come out March 3.”

In May 2012, West remixed Chief Keef’s “I Don’t Like.” Keef spoke about this remix soon after the track was released. “He did reach out to me by doing a song,” Keef said at the time. “I know he wouldn’t do that to anybody. He really don’t give a fuck. I do feel like he reached out to me by getting on the song.” During that interview, Keef also said how he felt about the record being made. “I wasn’t surprised,” Keef continued. “I was just like, ‘Kanye? Kanye wanna get on “I Don’t Like”?’ But I could understand it, ’cause I know he be on it to talk about what he don’t like. And I made the song and nobody had come out with that idea yet.”

Last year, West featured Keef on “Hold My Liquor,” a selection off his most recent album, Yeezus. In June, Keef spoke about how being on the selection. “Yeah, I did a song called…I forgot,” he said at the time. “I’m on [Yeezus]; I forget what the song’s called, but it’s hot—it’s a hot song.”

The @peedapan Instagram photograph of West and Keef, joined by Interscope A&R Larry Jackson according to Complex, can be found below. The Instagram post has been deleted. 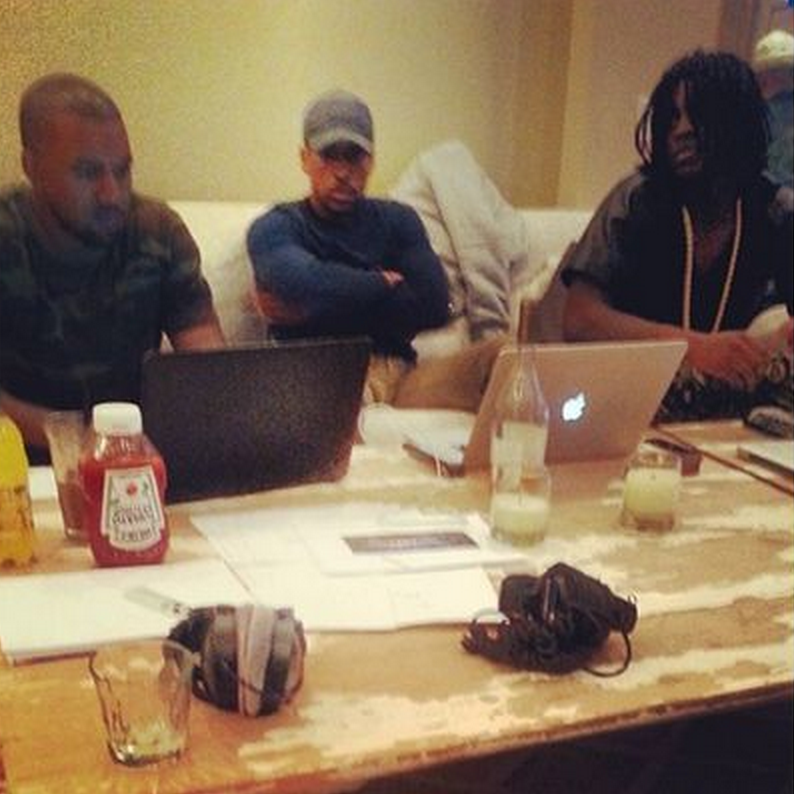 “Yeah, they working on a few songs for each other’s projects,” Pan said in an interview with XXL. “Kanye will definitely be on Keef’s album on Bang 3..I’ll just put it to you like this: They have several new songs. They’ll be collaborating and they’ll be released this year.”

No release date has been confirmed for Bang 3.