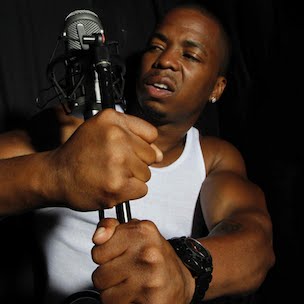 Saigon has been working with Just Blaze and DJ Premier, two producers who he says were heavily involved in his album.

“It’s executive produced by Just Blaze,” Saigon says in an interview with Birthplace. “But DJ Premier did the majority of the production on the record. Just [Blaze] got a record on there, but DJ Premier is really at the helm.”

While Just Blaze executive produced the album and DJ Premier handled the bulk of the project, Saigon says he is holding steady to what he feels is a traditional New York sound with his raps.

“New York abandoned the sound for a long time,” Saigon says. “Now they trying, ‘Yo, let’s bring it back, let’s come back.’ Now it’ s becoming trendy. That’s wack. You abandoned the sound when something else is hot, it’s like you have no sense of direction. Do what comes from in your heart, whether you a DJ, a rapper, breaker B-boy, a popper…This is a culture. You can’t just switch cultures whenever some shit becomes the hot shit. You don’t see nobody else doing that with their culture, like whenever something get trendy, just switch up. I never abandoned the New York sound.”

In 2011, Saigon released The Greatest Story Never Told. The album earned a 4 out of 5 in its HipHopDX review at the time of its release.

“Whether you’ve been patiently waiting for five years or just recently got into Saigon’s music, The Greatest Story Never Told delivers a stimulating message that is as cautionary as it is entertaining,” HipHopDX said at the time. “Likewise, the album’s quality has stood the test of time, no small feat for an industry that changes eras every three to four years. Still rough around the edges, but lyrically adept, Saigon’s mixtape glory days are now over, and the bar will inevitably be set higher for his next release. Let’s just hope the title of that project doesn’t have any ironic overtones in it.”

@HipHopDX @therealsaigon we got 3 on there….