Murs has announced a new album, Shut Your Trap, a project slated to feature Curtiss King’s beats. It is scheduled to be released January 23.

“It’s a backpacker’s adventure into the world of Trap music led by Curtiss King’s amazing production,” Murs says in a video announcing the project.

The album is set to showcase Murs‘ appreciation for different types of Rap music, he says.

“I love Hip Hop,” Murs says in the video. “I love Rap, so to me, the Top 2 albums of the year are Run The Jewels [by Killer Mike and El-P] and Young Rich Niggas by Migos. That’s my dichotomy. That’s my balance. I’ve always been like that. Personally, no disrespect to anybody, but I’ve never heard the whole Black Star album. I don’t know that type of Hip Hop. I grew up on E-40. I’m an at-risk youth from the inner city, but I make backpack music because I did read and my mother stressed being educated.

“I guess I’m from the trap and I’m making trap music,” Murs continues. “To me, it’s a genre I respect. I don’t like a lot of backpack rap. I don’t like a lot of trap music. There’s not one genre of music that has a bunch of good rappers. There’s a bunch of motherfuckers biting me and especially biting [bleeped out] right now. Some of them are blowing up off of us. Some of them aren’t. And I’m supposed to like that just because it’s backpack or just because it’s conscious? No. Fuck that. It’s not creative. You’re still an artist and you’re failing. I don’t care if you got a positive message. If you suck, you suck. I’m just doing me and having fun.

Curtiss King, who is also in the video announcement, says he had a great time working with Murs on the upcoming release.

In February 2012, Murs spoke with HipHopDX about the importance of having Curtiss King perform at Paid Dues, Murs’ annual music festival.

“For the most part, I won’t say that I do Paid Dues for other people, but it is for Reverie and it is for Curtiss King,” Murs said at the time. “That’s why I want people to get there early. Curtiss King’s mom is coming. Reverie’s mom is coming. I will probably cry that day because of that alone, that someone’s mother thinks that this idea that I had seven years ago is important enough to their child that they would make a YouTube video to ask me to put their child on the festival. That’s crazy to me. I don’t even deserve that.”

UPDATE: Murs has revealed the tracklist for Shut Your Trap. It can be found below.

UPDATE #2: Murs and Curtiss King have released the cover art and stream for Shut Your Trap. They can be found below. 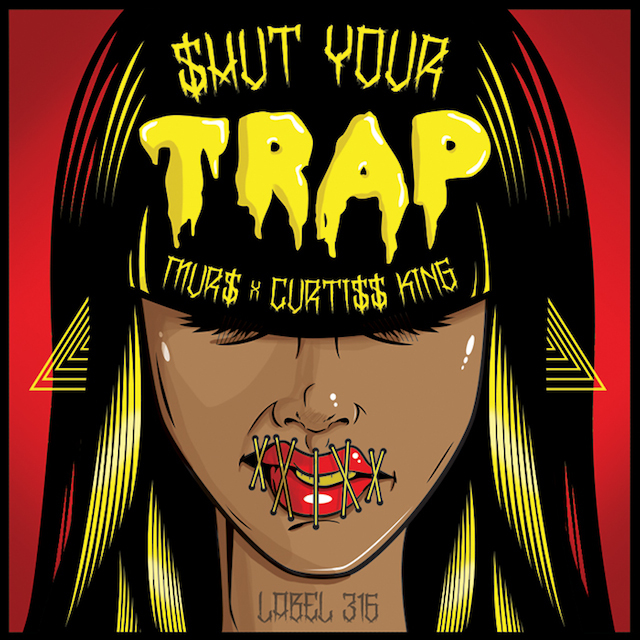