Jay-Z Releases Lyrics To "Versus"

It’s unclear whether “Versus,” the latest-revealed cut is a skit, or the page just simply doesn’t have all the lyrics (redacted and otherwise) on it.

One thing’s for certain, however: “Versus” is the most combative cut on MCHG yet, with bars like “The truth in my verses /  Versus / Your metaphors / About what your net worth is.”

On its face, the track is reminiscent of “What We Talkin’ About,” the opening cut on 2009’s Blueprint 3, where Jay name-checked and dismissed artists such as Game, Jim Jones, and others.

So far, Jay has released lyrics to “BBC,” featuring Nas, Justin Timberlake, Beyonce, Swizz Beatz, and Timbaland, “Part II (On the Run),” featuring Beyonce, and a slew of others.

Magna Carta Holy Grail is due in stores July 4, except for Samsung Galaxy smartphone users, one million of whom will receive the album for free via app.

The redacted lyrics to “Versus” can be found below: 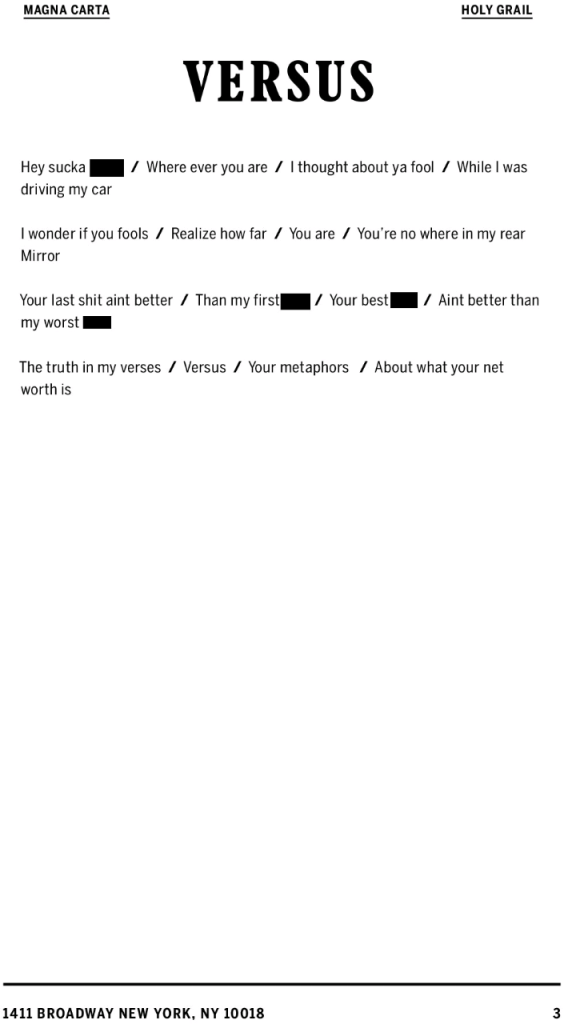